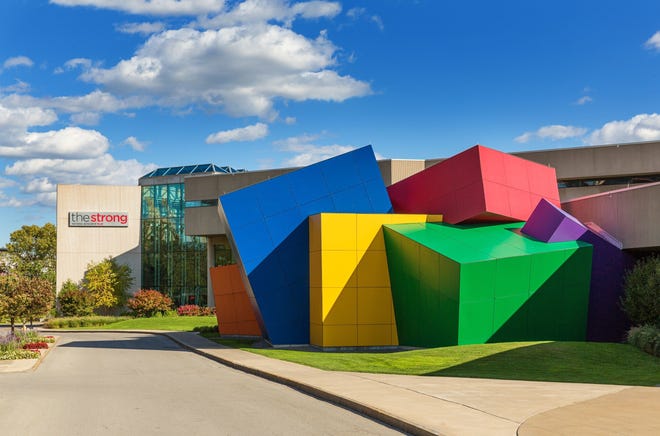 This post is only about seven weeks late, but I guess with it being Christmas time, I’ve been thinking about toys.

On November 4, the Strong National Museum of Play announced the most recent inductees into the toy hall of fame: American Girl Dolls, the board game Risk, and Sand.

From the Museum’s web site:

About American Girl Dolls: Created in 1986 by educator Pleasant Rowland, the 18-inch American Girl dolls—and their accompanying books—explore America’s social and cultural history. Each historical doll comes with a unique narrative that fits her era, such as Molly McIntire, who is waiting for her father to return home from World War II. American Girl released the Truly Me 18-inch contemporary doll line in 1995 (originally under the name American Girl Today) to help girls express their individuality and build confidence.

About Risk: Based on the French game Le Conquete du Monde, Risk translates the hobby of wargaming with miniature figures into a mass-produced war and strategy board game. First published in the United States in 1959, Risk challenges players to control armies and conquer the world. The game’s innovative mechanics ignited renewed interest in strategy games in the 1970s and continues to influence the board game industry.

About Sand: Sand may be the most universal and oldest toy in the world. Educator Maria Montessori has argued that sand “is only one substance that the modern child is allowed to handle quite freely.” Children recognize sand as a creative material suitable for pouring, scooping, sieving, raking, and measuring. Wet sand is even better, ready for kids to construct, shape, and sculpt. Sand provides unique opportunities for tactical, physical, cooperative, creative, and independent free play.

Of those three, Sand is my top choice. I don’t think I’ve ever held an American Girl Doll, and I may have played Risk once. But sand, as the blurb notes above, is as universal a toy as one can find.

I wonder if sales of any of these three items spiked as a result of their induction.

And in case you are curious, here are all the members of the Toy Hall of Fame. I have indicated if it is a toy I have ever played with, with a (y).

If I counted correctly, there are 78 toys in the Hall of Fame, and of those, I have played with 66 (or at least my children did and I participated with them).

That sounds like a pretty good childhood, and it was.

If I had my top ten, it would be the following (in no particular order):

72 thoughts on “The Complete List of Toys in the Toy Hall of Fame, Including the Latest Inductees”