A new research study was just published that suggests that vegans are more prone to bone fractures as compared to people who eat fish or meat.

The study was based on data from nearly 55,000 people – of which nearly 2,000 were vegans – and found those not eating meat or fish were 43% more likely to suffer any type of broken bone. Data from the participants in the EPIC-Oxford study – who were followed for 18 years on average – showed 3,941 fractures occurred in total, and the biggest difference was found in hip fractures, where the risk in vegans was 2.3 times higher than in people who ate meat.

Wrist fractures, which were the second-highest type of fracture behind the hip in the study, were only 1.2 times higher for vegans as compared to those who ate meat.

Here’s a table from the study that summarizes the results: 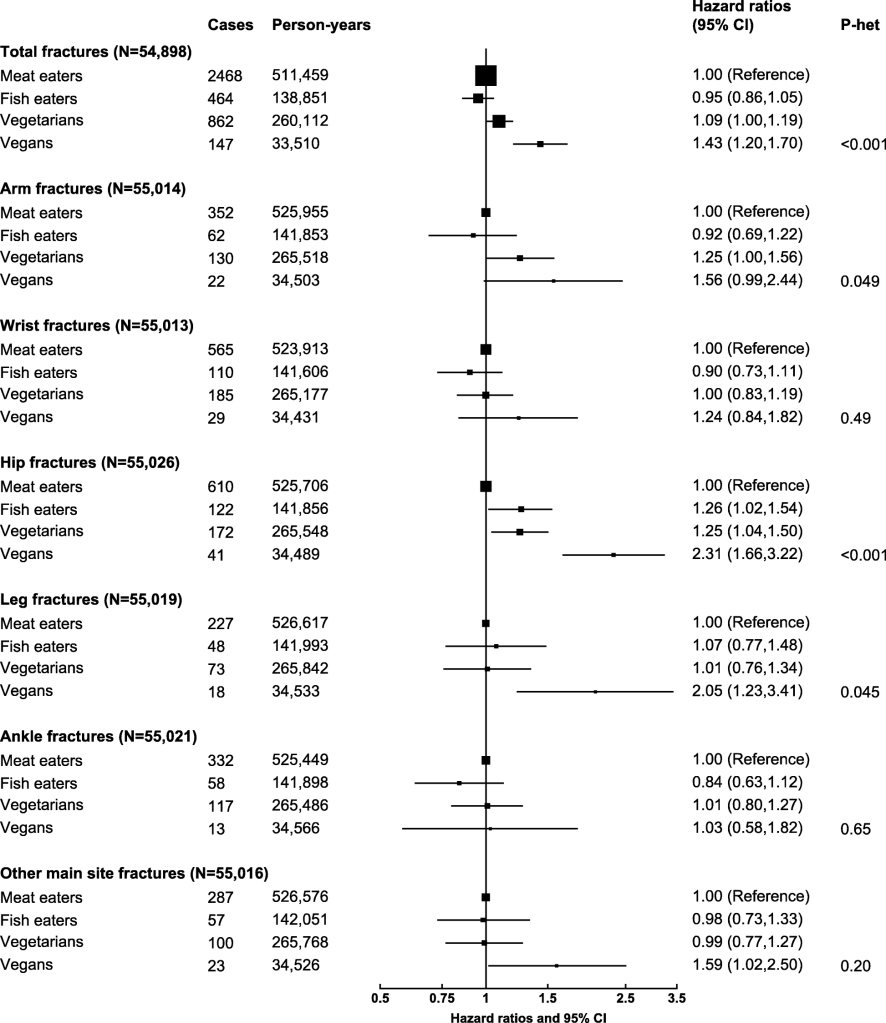 Possible reasons for the increased risk of bone fractures among vegans are lower intake of calcium as a result of the lack of dairy in the vegan diet as well as decreased protein intake.

it is not a lost cause for vegans, however. There are many ways to get calcium and protein while on such a diet.

I don’t have any plans to change my vegan diet because of what happened to my wrists, but it does serve as a reminder that I need to be careful about what I eat.

I guess it’s time to start putting peanut butter on top of everything!

20 thoughts on “Should I blame my vegan diet for my broken wrists?”