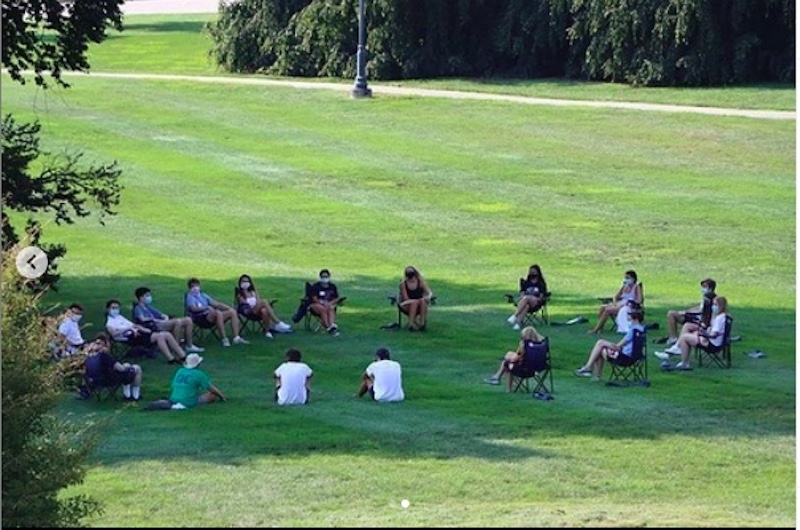 It was the perfect storm.

The weather was forecast to be perfect. Each student has their own portable chair. And I am getting closer and closer to the end of my teaching career.

If it was ever going to happen, this seemed like the right time.

So I did it. For the first time in my 34-year teaching career at Villanova, I decided to have my class outside.

This was a big step for me.

I don’t think I’ve ever taught without technology. When I first started at Nova, it was a simple overhead projector. But for at least the past 25 years I’ve used PowerPoint and similar programs to help deliver my lectures. For me, teaching and technology were linked at the hip, and I couldn’t imagine walking into the classroom without a computer.

Plus, when I was in college, it always seemed like it was the young, hip faculty who would take their classes outside. That was not me 34 years ago, and it certainly is not me today.

But like I noted above, my teaching career is winding down, and if I was ever going to teach outside, this seemed to be the ideal time to give it a shot. In fact, we have been encouraged to teach outside this semester; that’s part of the reason why every student was given a portable chair.

So this past Friday was the big day. We decided to meet on the grassy lawn in front of one of the dorms on the part of campus that houses mostly freshmen since that is whom I teach. I teach five sections, so I had five separate class meetings, starting at 8:00 am. For each class we formed one big circle. I had organized the students into teams of three the day before, so I had them sit next to their teammates as part of forming the circle.

The first item on the agenda was for them to get to know their teammates a bit, and I have to admit this was my favorite part of the class. It was wonderful hearing them talk to each other. In the regular classroom so far this semester, there is usually complete silence. So this idle chatter was music to my ears.

I then went around and asked everyone what they were thinking of majoring in, and it was refreshing to hear that many of the students had no idea yet what they wanted to study. They’ve got some time to figure that out.

We then talked about the summer book assignment they had – Shoe Dog by Phil Knight. The overwhelming majority of students seemed to really enjoy the book. We were able to discuss issues such as ethical decision making, the value of advertising (or not), and Knight’s hesitation with bringing Nike public.

I was initially worried that I would run out of things to talk about, and that class would be over in 10 minutes. Somehow though, all the classes went the full 50 minutes.

I don’t know what the students thought about having class outside, but I was happy I did it, and I learned a few lessons:

I’ll find out later this week what the students thought of having class outside. If we decide to do it again, I’m thinking of playing a COVID-19 friendly version of duck-duck-goose.

That big circle has to be good for something… 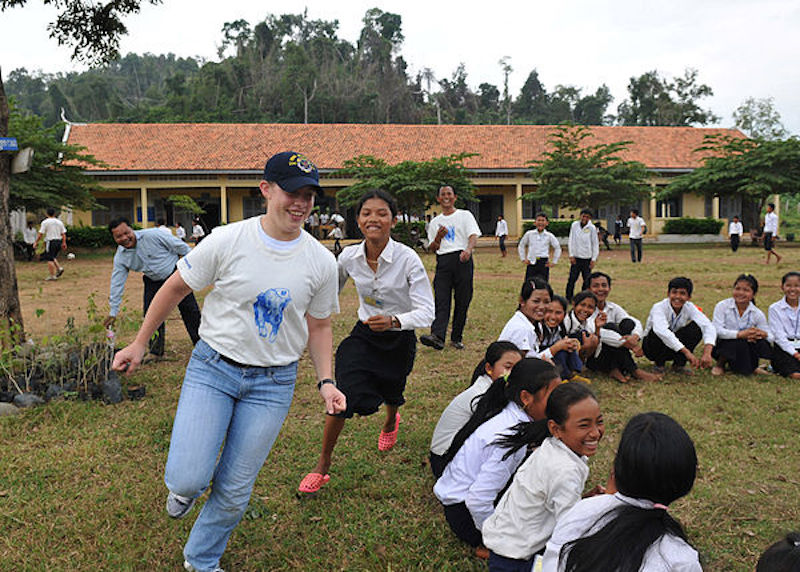