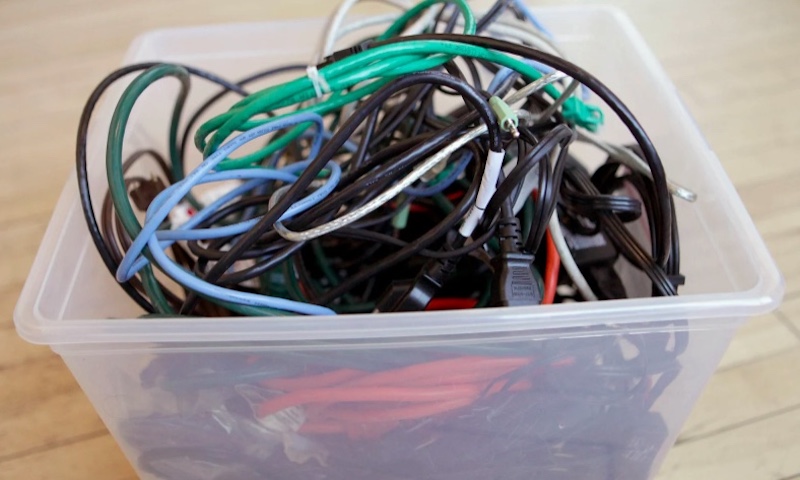 Who knew the Wall Street Journal would start sourcing some of its stories from The Onion?

Nearly five years ago The Onion ran a photo story with the headline “Jumbled Nest Of Cords Makes Move To Third New Apartment“. The story had no words, just the image shown above.

Someone from the WSJ must have seen that story and filed it away for someday in the future when they were light on stories to run.

Well, that day was today.

The Journal ran a story with the headline: “Admit It: You Have a Box of Cords You’ll Never, Ever Use Again“, front page, in fact.

The story features five individuals/couples who have accumulated a box full of cords, having no idea what the cords are for or if they still have whatever device the cord goes with.

It’s good to know that I’m not the only one who has such a box of cords (actually a couple such boxes). I’m just not sure that me, or any of the people in the story, having a box of unused cords is newsworthy, especially in a great paper like the WSJ.

The story did offer some useful advice on how to get rid of the cords:

Other than that, The Onion headline from five years ago captured the essence of the WSJ story.