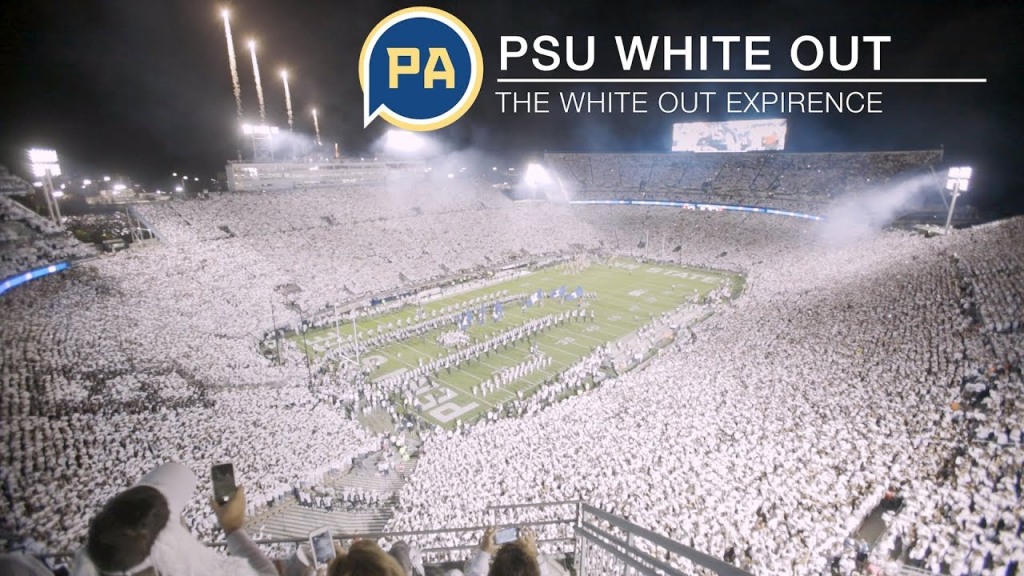 This is probably about the fifth post I’ve written that refers to the word serendipity.

It’s no surprise given how much I surf the web, and end up clicking on random links that pop up.

Today’s serendipitous moment started while watching ESPN’s Gameday show, which was set at Penn State (where they are having one of their famous whiteout games, as shown above).

One of the student signs said something along the lines of:

which refers to the fact that the Penn State Nittany Lions were playing the Auburn Tigers.

One of my first thoughts after seeing the sign was who would win such a fight.

So I typed lion vs tiger to Google, and there were over 320 million results, which included several videos. I read a few of the results, and the consensus seems to be that a tiger would win such a battle.

That then led me to see what animal would beat a tiger, and it looked like an elephant is a pretty formidable target for just about any animal.

So I typed in elephant vs tiger and after scrolling down the page a bit, the following results caught my eye:

So of course I checked on the link to find out what is the dumbest animal, half expecting to see my dog at the top of the list

But here is what I found out. It wasn’t my dog, but an ostrich.

When faced with an imposing threat, the ostrich will push its head at the ground (not shove it under the sand, as the legend goes), close its eyes and go invisible. Well, the bird thinks it’s invisible. They’re kind of stupid animals.

I also couldn’t resist clicking on “what is the stupidest state?”

I was hoping it would be a bit more humorous, making fun of a state for some of the antics of its citizens. Instead, it was a list based on real data, using a combination of IQ scores, SAT scores, ACT scores, and percentage of college students. Based on these factors, here are the 10 “dumbest” states:

So yes, serendipity is alive and well on the web. But that’s not to say where it leads will make you any smarter.

In that respect, it’s a lot like this blog…

95 thoughts on “Serendipity, Stupidity, and the Web”