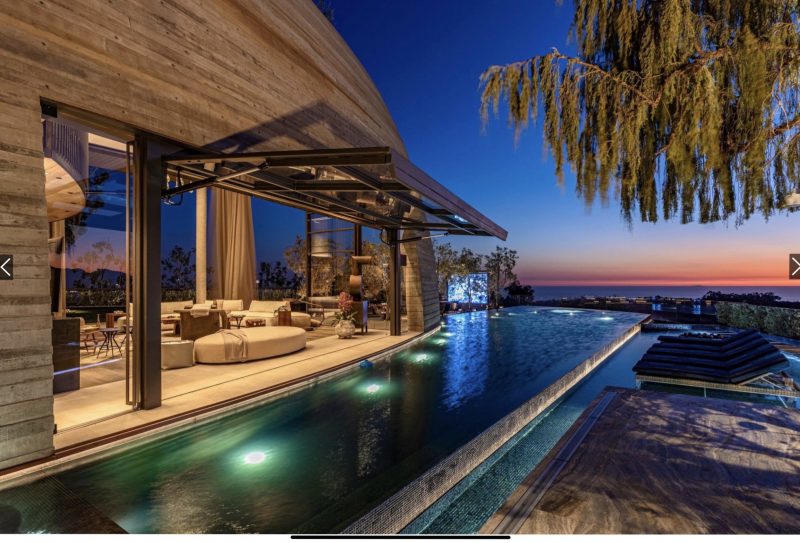 Perhaps as a way of catering to its readership, the Wall Street Journal does not call its weekly housing section “Real Estate”, but rather “Mansion”.

And Mansion is a good description of the houses that are featured every Friday. For example, here are three of the headlines from this week’s edition:

A Natural Gas Exec Turned His Colorado Ranch Into a ‘Mini Country Club.’ Now He’s Selling It for $220 Million.

The Hamptons Home Where Jackie Kennedy Summered as a Child Asks $7.5 Million

But the one that really caught my eye was a house that wasn’t even for sale, it was a rental.

The Pacific Palisades megamansion was built by Los Angeles developer Ardie Tavangarian. Mr. Tavangarian said he decided to rent rather than sell the amenity-laden home to capitalize on increased demand for luxury homes from renters, especially those coming from densely populated cities like New York and San Francisco.

Here’s a video tour of the house:

The house is listed with husband and wife team Branden and Rayni Williams of Hilton & Hyland.

And to give you a sense of who the target market is, here’s what Rayni had to say:

“If you figure that the elite and wealthy aren’t going to be in Europe this summer and on their yachts, they might come to L.A. and rent a very luxurious home in lieu of that yacht.”

I was always curious how the elite and wealthy spent their summers, and now I know.

But then a new thought entered my mind. Are all these people teachers? How else to explain having a summer of leisure? And if so, where did I go wrong?

P.S. There was no mention of a bathroom, but I’ll assume that there is at least one…