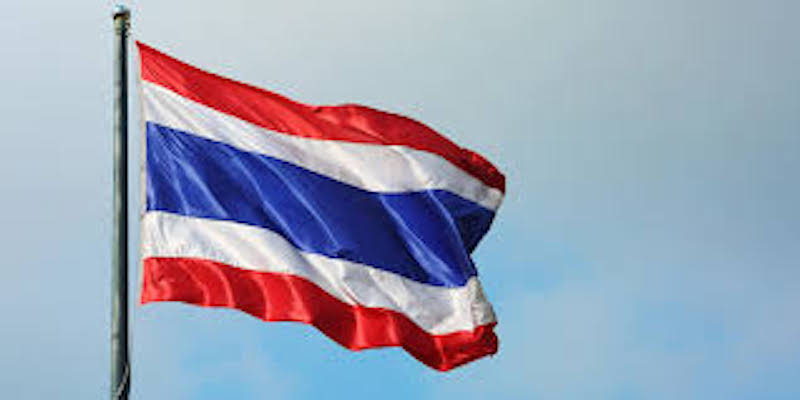 We didn’t know what was going on.

We were having dinner this past Friday night in Bangkok at the Iconsiam Mall (side note – the most amazing mall I have ever seen) when many people around us all stood up and stopped talking. As a result, we could more clearly hear the music that was playing through the mall’s loudspeaker.

After a few moments my son, who has been to Thailand before, must have noticed the confused look on my face and told us that it was the national anthem of Thailand. The play it twice per day, at 8:00 am and 6:00 pm, and all Thais stop what they are doing and listen proudly and with respect to their country’s national anthem.

Once I found out what was going on I went to stand up, but the song finished just as I stood up.

A woman came over to us after the song (who must have also seen my confused look), and explained what had just happened, and gave us a couple more details.

I also noticed there were a woman and her young daughter at a table next to us who looked over at us after the song was played and gave us a warm smile as well.

My first thought was – what a great tradition – I wish we had something like this in the U.S.

It seems if everyone in the U.S. was taking a break at the same time every day to recognize our common heritage, it would be a great way to unify us, to make us aware of the ties that bind us. I really don’t care if you stand, sit, kneel, or lie down while it is being played. Just the fact that for that one moment of the day you remain quiet, and we act as one nation.

I always liked how we recited the pledge of allegiance every day when I was in grade school, and knowng that just about every kid in the country was doing the same thing. Maybe we need something like that, but for everyone, kids and adults.

And I think that’s what this Thia tradition does.

Here’s the song; after the video, you can read some background on how the song came about.

In 1939, when the name of the country was changed from Siam to Thailand, a competition was launched to create new lyrics, with those by Luang Saranupraphan winning. Thai Prime Minister Plaek Phibunsongkhram ordered the anthem to be played every day at 08:00 and 18:00 (8 AM and 6 PM), and ordered the populace to stand up to show respect for the nation. Nowadays, the morning and evening anthems correspond to the hoisting and lowering of the national flags in public areas (e.g. schools, workplaces, public buildings), respectively; hence, the anthem is broadcast by both radio and television channels twice per day.

And 80 years later, the Thai people continue the wonderful tradition.

To all the members of Congress who are reading this, can we do something like this?

23 thoughts on “Music Monday: I Love This Wonderful Thai Tradition”