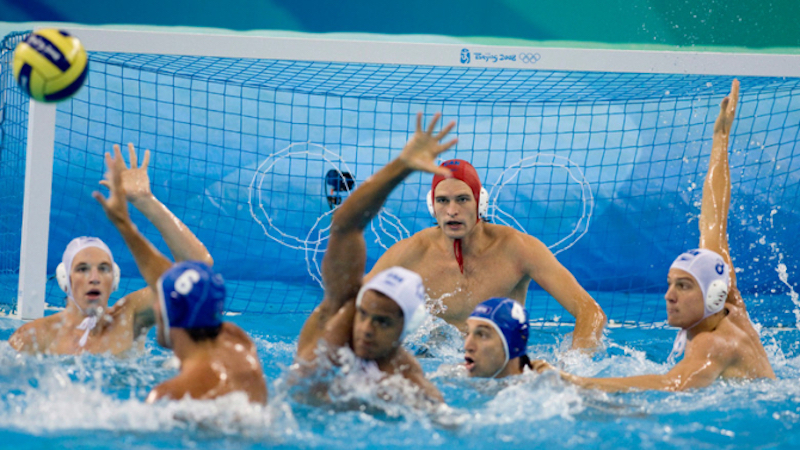 I was watching the Eagles-Giants football game the other day and it struck me how incredibly difficult the quarterback’s job is. There are only 32 NFL starting quarterbacks in the world, giving you a sense of the rarefied position they hold.

Here are some of the challenges associated with the position:

So then I started thinking if being a quarterback was THE toughest position in sports.

I posed the question to my research assistant, Google, and lo and behold I came across an article that addressed this very issue, but not in a scientific sort of way.

WatchMojo.com has a countdown of its picks for the Top 10 Hardest Positions in Sports. For this list, they focused on the positions from a variety of sports that are toughest to play from both a physical and technical standpoint.

It’s a great list; it covers a wide range of sports and certainly has an international flair to it. But I still think the quarterback is the toughest position.

There’s no doubt that being a goalie is a tough job, as evidenced by three different goalie positions making the top 10 list. It’s a pressure-packed job that certainly requires lightning-quick reflexes and knowledge of angles and the other team’s tendencies. And each shot on goal can be the difference between winning and losing. But I think it pales in comparison to the number of decisions that a quarterback is faced with and the amount of prep time that is required of such a player.

Here’s another countdown, from Odyssey, which seems to be more focused on U.S. sports:

There are many other outlets out there offering their opinion as to the most difficult position in sports, but for the most part, they boil down to a discussion of quarterbacks vs. goalies/goalkeepers.

I’ll finish with this opening paragraph from a 2015 USA Today article that claimed being a good quarterback is the hardest job in the world, not just in sports. If you’ve got a couple of minutes, it makes for an interesting read.

By the way, if you’d like to see the top 10 list from above set to video of the different sports with a voice-over narration which offers a bit more detail about each position, here you go:

16 thoughts on “The Toughest Position in Sports?”