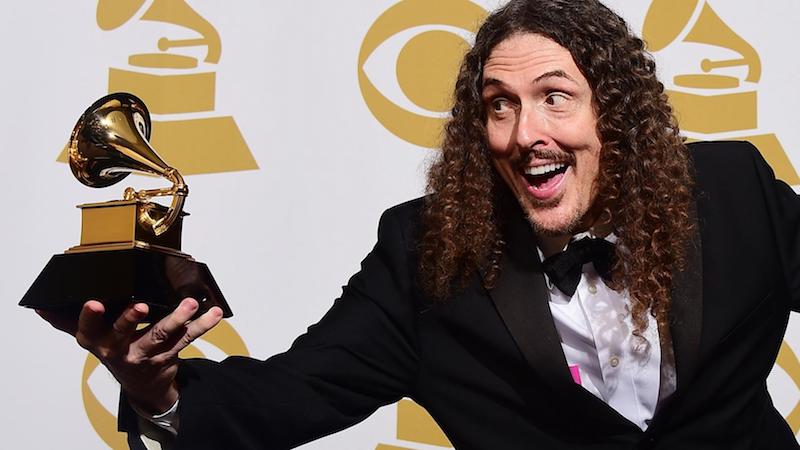 Last week I featured the wonderful Canadian band, Walk Off the Earth, who gained fame with their amazing cover of Gotye’s song, Somebody That I Used to Know:

I also shared a parody of the song done by The Key of Awesome, which I found quite funny:

The Key of Awesome specializes in song parodies, and has quite a few of them posted to their YouTube channel. Warning: if you visit the site, two hours will go by in a blink of an eye.

While I was browsing through their videos, I came across this great one, a parody of the Rihanna/Kanye West/Paul McCartney song, Four Five Seconds:

If you are not familiar with the original (one of my favorite songs), here it is. Once you watch it, perhaps you’ll be even more impressed with the parody:

And I guess it’s a tribute to how popular the original video was (over 400 million views), that there were other parodies besides The Key to Awesome version. Here is one by Bart Baker, another popular producer of song parodies; this one has over 8 million views:

In my mind, the original creator of song parodies is Weird Al Yankovic, who started creating such songs in the early 1980s. Here is his parody of the Backstreet Boys song I Want It That Way:

and if you are not familiar with the original Backstreet Boys version:

And here’s one last parody, a relatively short one, by Brock’s Dubs:

The parody has over 46 million views, but the original has 136 million:

While some of these parodies may not appeal to your sense of humor, I find them all pretty funny. Most of all I admire the creativity of not only the original artists, but of those who create the parodies. It seems that parody is a form of art in and of itself, and I think all these creators owe a debt of gratitude to Weird Al for getting things started.

*image of Weird Al from grammy.com

5 thoughts on “Music Monday: The Creative World of Music Parodies”