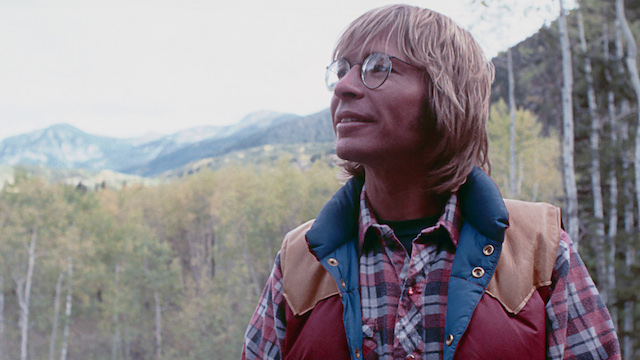 I never fully realized how many great songs John Denver produced over his lifetime until I played him on Spotify during our recent road trip to Cleveland.

I think it kept us entertained for close to 90 minutes, and it seemed as if I knew most of the words to most of the songs. Hit after hit kept coming up, and at one point, I said to myself, “I’ll start playing some other artist once I hear Back Home Again“. But that took a while since there were so many other great songs to be played.

I don’t remember every song that was played, but here is a list of popular John Denver songs that most people of a certain age have probably heard of:

And I’m guessing many of you could probably sing along with many of those songs.

For those of you who may not know John Denver, here is part of his bio from Wikipedia:

Henry John Deutschendorf Jr. (December 31, 1943 – October 12, 1997), known professionally as John Denver, was an American singer-songwriter, record producer, actor, activist, and humanitarian, whose greatest commercial success was as a solo singer. After traveling and living in numerous locations while growing up in his military family, Denver began his music career with folk music groups during the late 1960s. Starting in the 1970s, he was one of the most popular acoustic artists of the decade and one of its best-selling artists. By 1974, he was one of America’s best-selling performers, and AllMusic has described Denver as “among the most beloved entertainers of his era”.

Denver recorded and released approximately 300 songs, about 200 of which he composed, with total sales of over 33 million records worldwide. He recorded and performed primarily with an acoustic guitar and sang about his joy in nature, his disdain for city life, his enthusiasm for music, and his relationship trials. Denver’s music appeared on a variety of charts, including country music, the Billboard Hot 100, and adult contemporary, in all earning 12 gold and four platinum albums with his signature songs “Take Me Home, Country Roads”, “Annie’s Song”, “Rocky Mountain High”, “Calypso”, “Thank God I’m a Country Boy”, and “Sunshine on My Shoulders”.

Denver appeared in several films and television specials during the 1970s and 1980s. He continued to record in the 1990s, also focusing on environmental issues by lending vocal support to space exploration and testifying in front of Congress in protest against censorship in music. He lived in Aspen, Colorado, for much of his life and was known for his love of Colorado, which he sang about numerous times. In 1974, Denver was named poet laureate of the state. The Colorado state legislature also adopted “Rocky Mountain High” as one of its two state songs in 2007.

An avid pilot, Denver died at the age of 53 in a single-fatality crash while piloting his recently purchased light plane.

Can you imagine if he hadn’t died at such a young age how many more songs he would have written and played?

I remember a friend of mine in high school (and college) was really into John Denver, and while I liked his music, I’m not sure I would have called myself a fan back then. It took me several more years to really appreciate his body of work. As usual, Sean, you were ahead of your time.

We are fortunate that talents like John Denver come along every once in a while and share their gifts with us.

Here are a few of my favorite John Denver songs (it was quite hard to narrow it down):

By the way, here is a comprehensive list of John Denver songs.