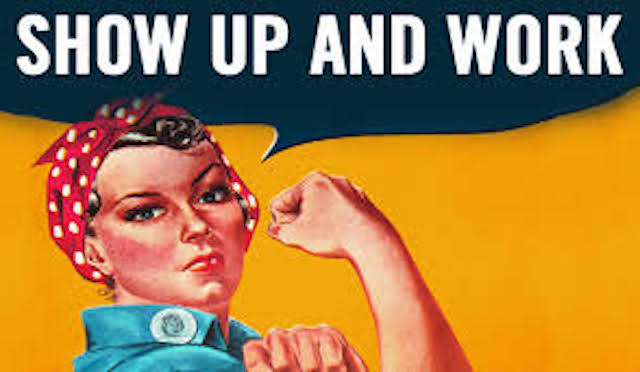 Australia’s Bernard Tomic was fined his full Wimbledon prize money this week for not meeting the “required professional standard” during his lackluster 58-minute first-round defeat by Jo-Wilfried Tsonga.

Wimbledon officials penalized Tomic for his lack of effort and professionalism after failing to chase down balls and appearing indifferent to the result.

His poor attitude continued in his post-match press conference. Tomic sat slouched in his chair, avoiding eye contact and rubbing his face with his hands. When asked if he thought he might be fined, his response was: “What for?”

Tomic said he played “terrible” and when asked if he was happy with the effort he put in, Tomic simply said: “Next question.”

The 26-year-old gave curt answers to reporters’ questions, and within three minutes, the press conference was over.

The Tomic story reminded me of another situation where someone was charged with not fulfilling their work obligation.

Scot Peterson was the security officer on duty at Parkland High School in Florida the day a mass shooting took place, back in 2018.

Last month, Peterson was charged with seven counts of neglect of a child and three counts of culpable negligence and one count of perjury, the Florida Department of Law Enforcement said. The charges carry a maximum potential sentence of 96 and a half years in state prison, the Broward State Attorney’s Office said.

Certainly, the Parkland case is a much more serious case of someone shirking their duties than the Wimbledon case. But in each situation, someone is being accused of failing to do his job, and facing the consequences of such behavior.

In the case of Tomic, it’s a $56,000 penalty. While most of us would feel the financial pain of such a fine, I’m not sure if Tomic will, given that his lifetime earnings on the tour are close to $6 million, and he has already won over $200,000 this year. And this does not include any endorsements he may have.

Of course, there is the possibility that any sponsors he does have may want to disassociate themselves from Tomic as a result of behavior, much like racquet manufacturer Head did back in 2017 after Tomic told a press conference he had faked an injury and that he was “bored” with Wimbledon following his first-round exit against Mischa Zverev.

In Peterson’s case, 96 years in prison is a significant penalty for anyone.

There’s also the person’s reputation on the line in each situation.

But as I thought about these two cases, I wondered how often many of us have not lived up to the responsibilities of our job. I think most, if not all of us, have days that we’re not performing at our best; I know I have.

But what are the consequences we face when we behave in such a way?

Do we face jail time?

For most of us, I seriously doubt it.

We may get fired if there is a pattern of such behavior, but a fine or prison time? Not likely.

I’m not saying Tomic or Peterson shouldn’t be charged as a result of their lack of performance on the job; I’m simply not sure what the right thing to do is in these two cases.

But I do think that before we start clamoring for justice, we need to do a self-evaluation of our own behavior and think about what consequences we should face if there’s a day or two when we don’t live up to our job responsibilities.

Perhaps these two cases will help us to remember to take our jobs seriously, that people depend on us doing so.

Otherwise, why would you be paid for doing such work?