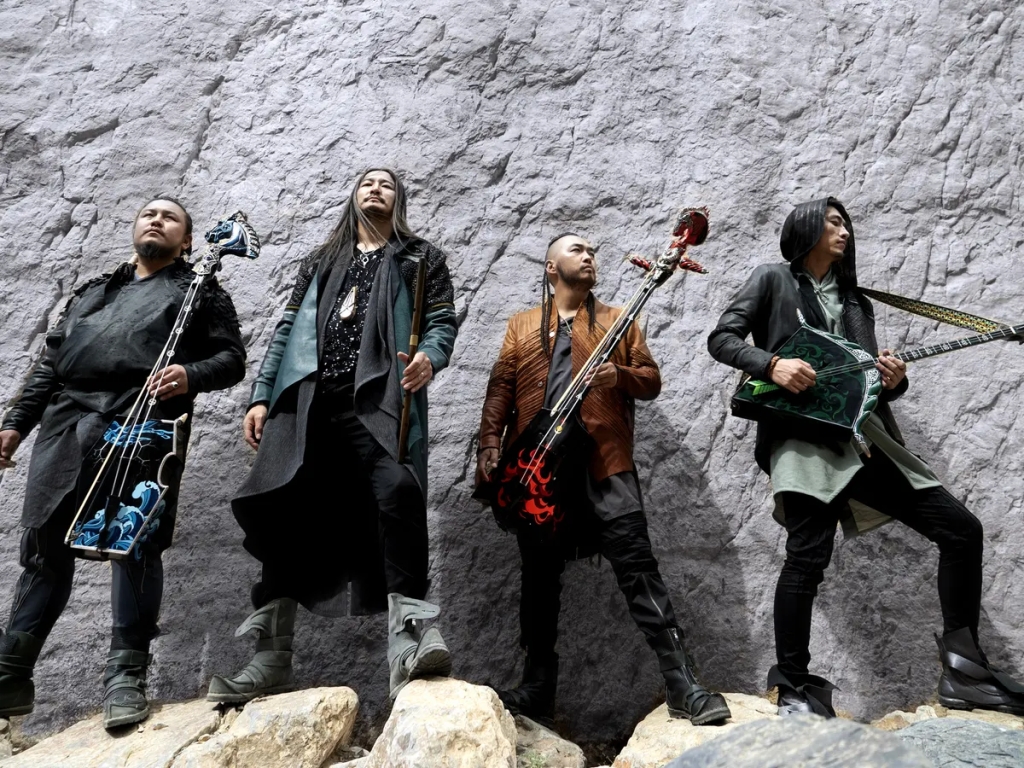 For those of you who were excited to read this post because you thought it was about a classic Beatles song, I am sorry to disappoint you.

For those of you who were wondering: “what friends could I possibly have”, I’d be wondering the same thing.

And for the remaining 98% of you who are reading this because you have nothing better to do, then this post will make you realize how wrong you were. Virtually anything would have been better.

The title for this post comes from the fact that last week’s post and today’s post were inspired by fellow bloggers. Since I often have trouble coming up with an idea for my blog posts, I am always grateful when someone suggests a possible topic.

Last week I wrote about a band from Indonesia, Voice of Baceprot, thanks to a suggestion from Jeff Cann.

And tonight’s Music Monday was motivated by a comment from Clive, at Take It Easy.

Clive mentioned a heavy metal band, The Hu, a band I had never heard of. His description of the band was quite intriguing, mentioning that they were Mongolian, and used something known as throat singing. That was all I needed to follow through and do some searching.

Here is what Wikipedia has to say about the band:

The Hu (stylized as The HU) is a Mongolian folk metal band formed in 2016. With traditional Mongolian instrumentation, including the Morin khuur (a horsehead fiddle), the Tovshuur (Mongolian guitar), and Mongolian throat singing, the band calls their style of music “hunnu rock”, hu inspired by the Hunnu, an ancient Mongol/Turkic empire, known as Hünnü in Mongolia. Some of the band’s lyrics include old Mongolian war cries and poetry.

According to an article from Open Culture, the band’s themes focus on past national triumphs, the legendary rule of Genghis Khan, and the glorification of the nomadic warrior’s life.

“The graphic visuals used in the video certainly evoke pride in our nomadic culture,” writes Batshandas Altansukh, “but the lyric is quite the contrary. It’s very political and highly critical of today’s Mongolian society” and what the band sees as their country’s propensity for “emptily boasting about the past” rather than actually learning about and respecting it (with motorcycle gangs riding across the plains).

In other words, not your typical heavy metal band.

Some additional fun facts about The Hu from Wikipedia:

So, enough background info, let’s listen to some of their music.

From what I read, it seems as if I had three songs I could pick from to highlight The Hu: Yuve Yuve Yu, Wolf Totem, or Black Thunder. After listening to/watching each one, I have decided to go with Wolf Totem. Each video takes a minute or more to actually get into the song, but the videos are all well done, and the scenery in Yuve Yuve Vu in particular is quite stunning. But something about Wolf Totem reminded me of an Irish rebel song, and so I had to share it. Fortunately, the lyrics are translated into English.

I hope you enjoy it as much as I did.

And thank you to my friends…

*image from The Guardian

76 thoughts on “Music Monday: I Get By with a Little Help from My Friends”