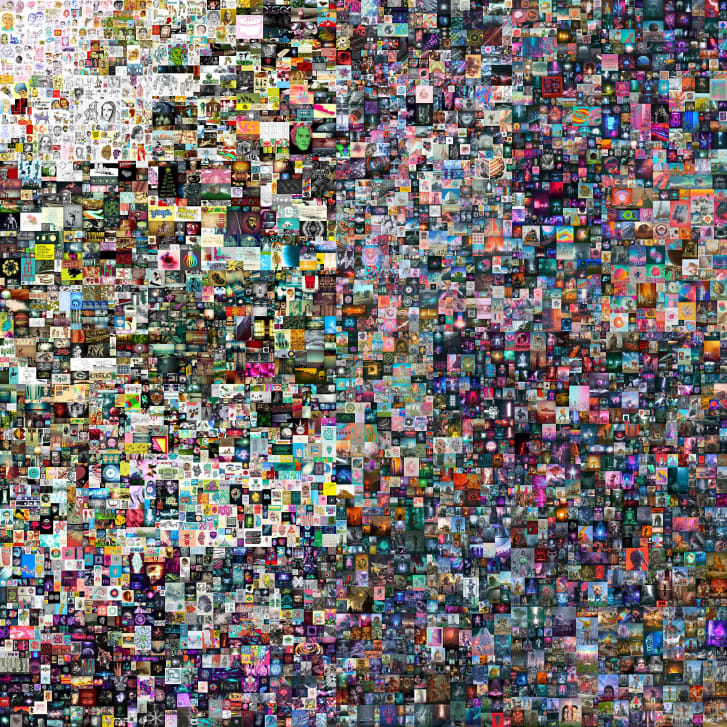 The other day I started a post by saying that I had been in the midst of writing a different blog post that mentioned cryptocurrency, and then I got distracted by looking at one of my old posts about Bitcoin, and I ended up writing a post about that.

Well, now it’s time to go back to that original post.

This post falls under the category of me wanting to learn about something, and I’ve always felt that writing helps to reinforce that learning.

What that really means is that this post may be of little interest to most people, which is in keeping with the general theme of this blog.

I try to keep up with the newest technologies as best I can; that was one of the reasons for my recent post on the metaverse. Other relatively recent developments include NFTs (non-fungible tokens) and cryptocurrency.

This post will look at NFTs. Rather than using my own words to explain it, here is an explanation from CNN, which I would assume is written at a level that hopefully, I could understand.

Non-fungible tokens, or NFTs, are pieces of digital content linked to the blockchain, the digital database underpinning cryptocurrencies such as bitcoin and ethereum. Unlike NFTs, those assets are fungible, meaning they can be replaced or exchanged with another identical one of the same value, much like a dollar bill. NFTs, on the other hand, are unique and not mutually interchangeable, which means no two NFTs are the same. Think of Pokémon cards, rare coins or a limited-edition pair of Jordans: NFTs create scarcity among otherwise infinitely available assets — and there’s even a certificate of authenticity to prove it. NFTs are typically used to buy and sell digital artwork and can take the form of GIFs, tweets, virtual trading cards, images of physical objects, video game skins, virtual real estate, and more.

In the simplest terms, NFTs transform digital works of art and other collectibles into one-of-a-kind, verifiable assets that are easy to trade on the blockchain. Although that may be far from simple for the uninitiated to understand, the payoff has been huge for many artists, musicians, influencers and the like, with investors spending top dollar to own NFT versions of digital images. For example, Jack Dorsey’s first tweet sold for $2.9 million, a video clip of a LeBron James slam dunk sold for over $200,000, and a decade-old “Nyan Cat” GIF went for $600,000.One of the first examples of an NFT was cryptokitties.

Here is an explanation from the creator of cryptokitties:

CryptoKitties is a game centered around breedable, collectible, and oh-so-adorable creatures we call CryptoKitties! Each cat is one-of-a-kind and 100% owned by you; it cannot be replicated, taken away, or destroyed.

Genesis is the rarest CryptoKitty of all time because it is the very first CryptoKitty and the only one of its kind in existence. Of the first 100 Founder CryptoKitties, Genesis is entirely unique and has a cute design featuring a diamond on its belly and forehead. The other 99 Founder CryptoKitties all look very similar. Genesis was born on November 22, 2017 and sold a few weeks later. It has never been put up for sale since then.

Here is some background on Genesis, from rarest.org 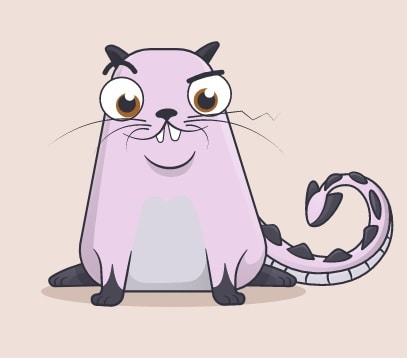 Here are its details:

If you are not sure what some of those terms were, join the crowd.

So I went to old reliable, Wikipedia, and they offer a bit of an explanation:Cryptokitties: Players purchase, breed and trade virtual cats that have different visual features of varying levels of rarity. Players must purchase Ether cryptocurrency to join the game, and spend it to perform each breeding and trade action within the game.

The virtual cats are breedable and carry a unique number and 256 bit distinct genome with DNA and different attributes (cattributes) that can be passed to offspring. Several traits can be passed down from the parents to the offspring. There are a total of 12 ‘cattributes’ for any cat, including pattern, mouth shape, fur, eye shape, base color, accent color, highlight color, eye color, and optional wild, environment, ‘purrstige’ and ‘secret’. Other features like cool down times are not passed down but are instead a function of the ‘generation’ of the offspring, which is one more than the ‘generation’ of the highest ‘generation’ attribute.[8]

A CryptoKitty does not have a permanently assigned gender. While they can only engage in one breeding session at one time, each cat is able to act as either matron or sire. There is a ‘cooldown’ time that indicates how soon the cat can breed again, which goes up with the number of breeds, capped at one week.

The virtual cats are static images that can only be purchased, bred and sold. The game has no goal.

I wonder if I can turn this into an EFT. Here are the details:

Reason for Rarity: You can’t find this kind of blather anywhere else.
Birthday: January 1, 2015
Generation: Gen 0
Hatched By: @jimborden
Special Features: None, but that’s what makes it special…
Current Owner: the blogger known as Quincy

If you think you are getting ripped off, here’s the story of the most expensive NFT ever:

When graphic designer Mike Winkelmann started producing a drawing a day in 2007, he was simply looking for a way to improve his art skills. Until October of last year, the most Winklemann (known as Beeple) had ever sold a print for was $100. At best, the resulting “Everydays” project would help him promote his freelance work, which includes creating concert visuals for the likes of Justin Bieber and Katy Perry.

But selling the digital images was not on his mind.

The image at the top of this post is the Everydays collage.

So get your bid in now on my blog posts, before I bring it to Christie’s for auction. I missed out on the ground floor of Bitcoin, I don’t want to miss out on this one…

43 thoughts on “I Guess These Cats Have Unlimited Lives”