Here’s a sneak peek of some of those emojis that you will see coming soon to your devices (from emojipedia):

All the emojis on the second and third rows come in six different skin tones; the first six images on line two. the six skin tones.

My favorites are the following:

The Unicode Consortium website also provides info about which emojis are used most often, as shown in the following pie chart. The cahrt identifies the six most popular, and then frequency usages for a random selection of oether emojis. 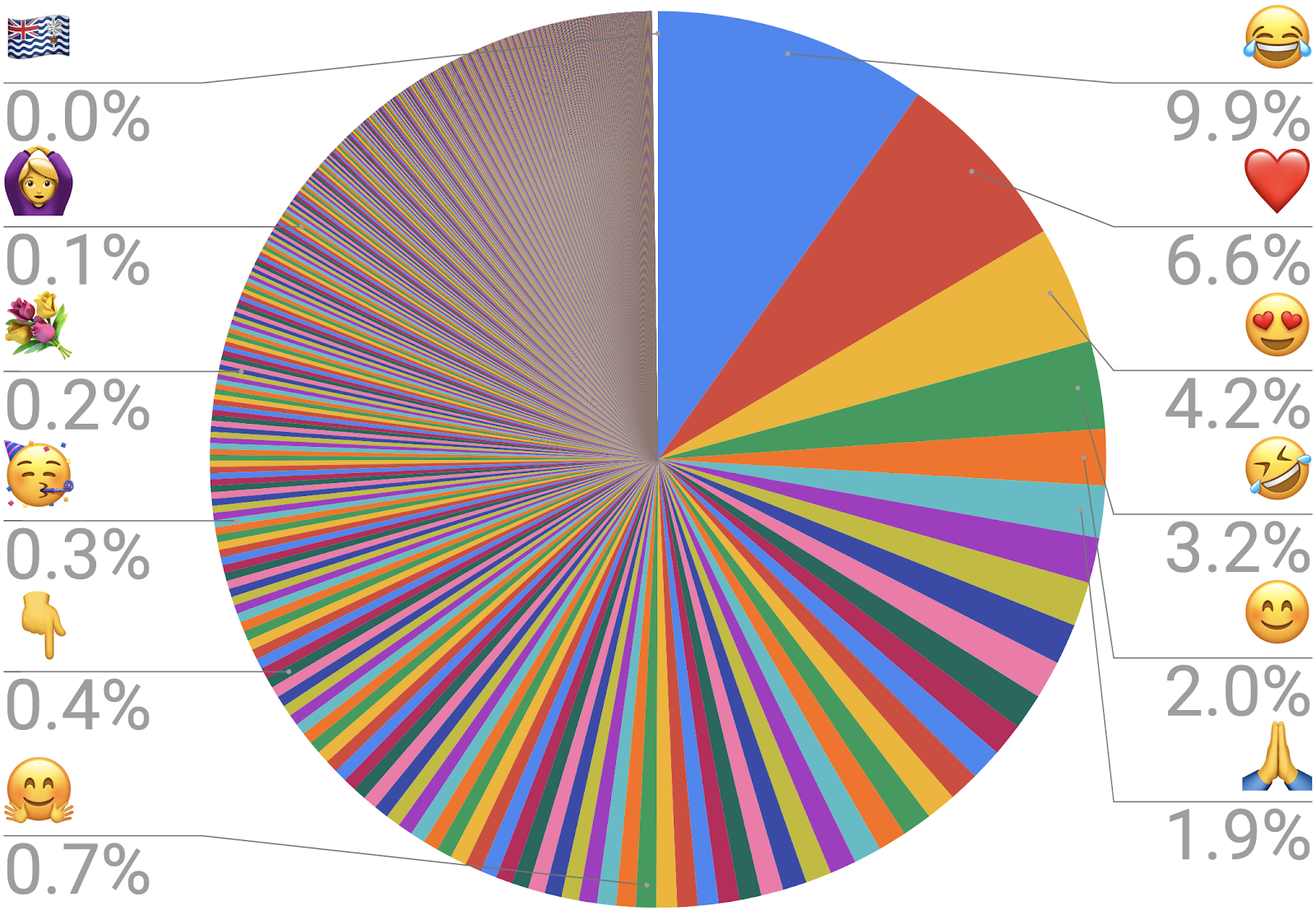 And did you know, that if you are a really big fan of a particular emoji, you can adopt it, at a price from $100 to $5,000, depending on your level of sponsorship. Adopting a character helps the non-profit Unicode Consortium in its goal to support the world’s languages.

And I want to give a shout out to the following, which according to the Twitter site, Least Used Emoji, is the world’s least-used emoji:

It is the input symbol for symbols.