The above is an image that depicts the global supply chain for Boeing’s 787 aircraft, often referred to as the Dreamliner.

I often use the image as the opening slide for my lecture on operations management since I think it captures so much about what operations are like these days.

I never knew so many companies were involved in making a Boeing aircraft; I just assumed they made most of the parts themselves. And the image really brings home the global nature of operations. Not only does it show that Boeing has operations around the world, but that the company partners with companies around the world.

So then I thought, well maybe there are companies that specialize in making aircraft wings. But if you look at that, it appears as if there are at least three companies providing the parts for the wing.

And then once all this stuff is delivered, Boeing has to put it all together.

The above photo is taken from Being’s assembly plant in Everett, Washington. It appears that they used to make about 10 Dreamliners per month at this facility.

And so far, this is only showing the outside of the airplane. I find the inside even more mind-boggling.

Here are some photos that depict the guts of an airplane. Not all of these photos are of the Dreamliner, but I can’t imagine it’s too different. 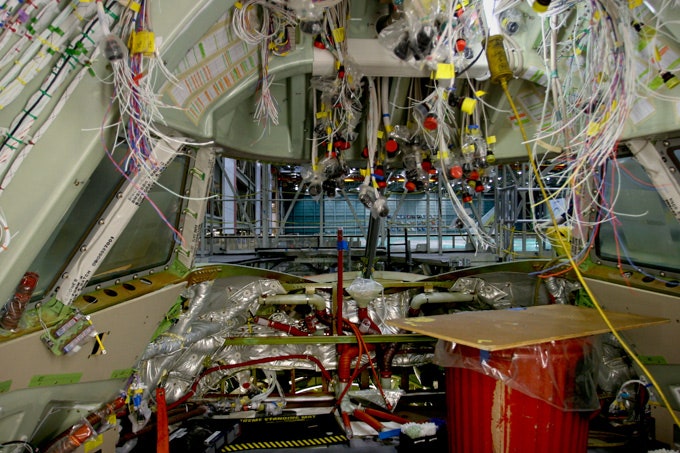 An inside look of an “empty” Dreamliner:

The wiring inside an Airbus: 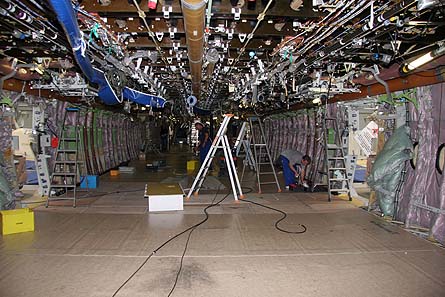 So can you imagine what it must be like to try and coordinate all of this?

That’s the role of a project manager, and I can’t imagine the stress of such a job.

You might say the basic goals of such a job are to get it finished on time and within budget.

The Dreamliner was more than three years behind schedule and billions over budget, with its first aircraft available in 2011.

I am sure the company and its investors were concerned about such time and cost overruns, but as a potential passenger, I want to make sure the plane gets me safely from point A to point B. I really don’t care how long it takes or how much it costs to make that happen.

And initially, when I heard about these delays and overspending, I thought how is that possible.

But when you look at all the photos above, perhaps you might have some sympathy for how challenging such a job must be.

And like I said, you also want to make sure they get it right.

Best of luck to Boeing, and all aircraft manufacturers.

And especially to the project managers.

43 thoughts on “How Would You Like to Be in Charge of This?”