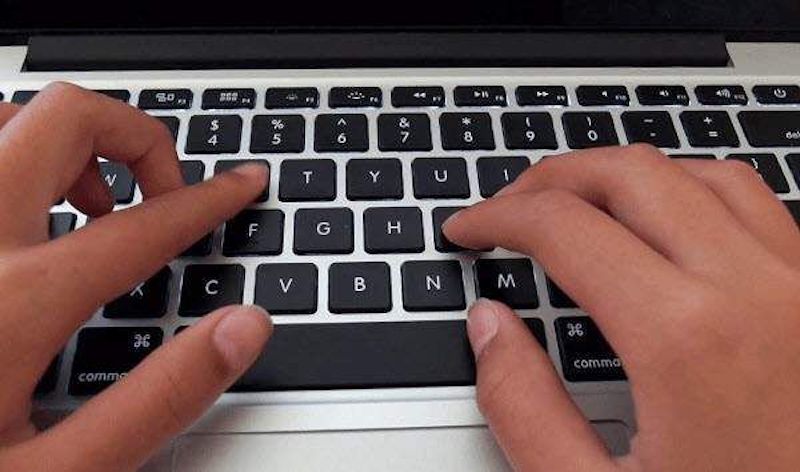 The above typos are examples of how the timing of my typing is off ever so slightly. And I did not pick those words at random. I would guess that I type the words because and just incorrectly 95% of the time. In fact, while I was just typing that previous sentence, I typed both words incorrectly the first time. The odds just seem so slim of the same mistake happening on the same words over and over.

I also have been having the following problem lately:

I must not be hitting the space bar correctly, since I’ve noticed a lot of words being joined togethe as I type, sometimes up to three or four words with no spaces in between them. Now this one could be a keyboard problem, with the space bar perhaps requiring a bit more pressure than I am used to giving. But given that I make the other keyboard errors, I am guessing the space bar issue is a human problem, and not a mechanical one.

I also don’t know what I can do to correct these issues besides type more slowly. Fortunately, the built-in spell check or Grammarly usually catches such errors.

Such errors often make me think about how bad I would probably be at playing the piano, where messing up your finger timing would be much more problematic.

Hats off to someone like George Winston, who seems to be able to play a full piano concert without making a single mistake. He must be a heckuva typist as well…

71 thoughts on “What’s Wrong With My Fingers?”