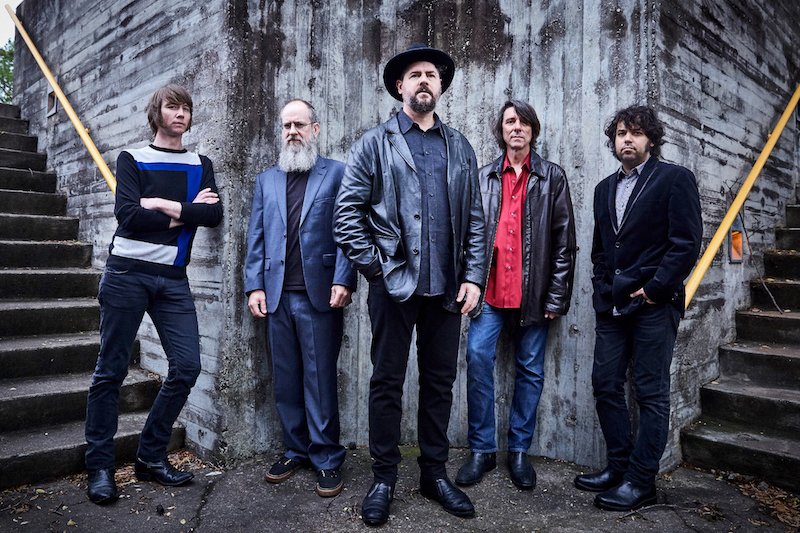 Maybe I’m just lazy. I think I have enough favorite music from the late 60s and 70s to get me through the rest of my life. Plus, many of the artists from back then continued to put out great albums for years, and sometimes decades, later. (one example, of course, is Bruce Springsteen).

I’ll admit I don’t stay up to date with current music, but it seems that one thing that is different with music today versus back then is that there are not many artists today who put out music that may have some strong social commentary to it.

Just read some of the lyrics from Dylan’s Blowing in the Wind:

How many times must the cannon balls fly
Before they’re forever banned?

How many years must some people exist
Before they’re allowed to be free?

How many ears must one person have
Before he can hear people cry?
And how many deaths will it take ’till he knows
That too many people have died?

Or how about Ohio from CSNY, the song about the Kent State massacre. Days after the incident, Neil Young saw a photo of 14-year-old Mary Ann Vecchio kneeling over the dead body of college student Jeffrey Miller. He poured his rage and sorrow into the lyrics to “Ohio” and called his Crosby, Stills, Nash and Young bandmates into the studio the following day to record the new song.

Tin soldiers and Nixon coming,
We’re finally on our own.
This summer I hear the drumming,
Four dead in Ohio.

Contrary to popular belief, Stephen Stills didn’t write “For What It’s Worth” about Vietnam. He wrote the song in late 1966 out of solidarity with Sunset Strip hippies who fought the police over a potential new curfew. The song became Buffalo Springfield’s breakthrough hit, launching the careers of both Stills and Neil Young.

What a field day for the heat
A thousand people in the street
Singing songs and carrying signs
Mostly saying, “hooray for our side”

So what artists have carried on such a tradition?

I think of Springsteen’s American Skin (41 Shots) as a protest song:

Lena gets her son ready for school
She says, “On these streets, Charles
You’ve got to understand the rules
If an officer stops you, promise me you’ll always be polite
And that you’ll never ever run away
Promise Mama you’ll keep your hands in sight”

And I am sure there are some punk bands that have tried to carry on the tradition of bands like The Clash, but again, it’s not a genre that I follow.

So imagine my surprise, and thrill, to read a recent Wall Street Journal article about southern rock band Drive-By Truckers, a group I had never heard of. As reporter Neil Shah describes them:

They’re writing explicitly political songs at a time when most rock bands aren’t. On their latest album, “The Unraveling,” which comes out Friday, the Athens, Ga., band tackles gun violence, immigration and other hot-button issues. It continues the band’s shift toward more-direct social commentary, which intensified on their prior album, 2016’s “American Band.”

In the interview with Shah, band co-leader Patterson Hood notes that he grew up loving the Clash—rock ’n’ roll always meant something.  When they did “American Band,” he was expecting there to be a lot of music doing that. And there wasn’t, at least not in the rock genre. “There’s certainly a lot in hip-hop and even pop. Taylor Swift’s last record is kind of political. And yet, it’s just crickets. You don’t hear sh— from the so-called rock and rollers,” says Hood.

In response to the question,

The Truckers are unusual in that you have some right-leaning fans, yet you consistently write liberal-leaning songs. Do you worry you risk irking fans?

If you say it loud, and with courage, people respond positively to that, regardless of the words and whether they agree with it or not. What I get from the conservative audience is, “I don’t necessarily agree with you, but I respect what you’re saying, where you’re coming from. I respect the way you say it.”

Patterson Hood doesn’t pull any punches in “What It Means,” a track from the Drive-By Truckers’ forthcoming album American Band. The Southern rock outfit has never exactly shied away from political topics in its 20 years of existence, having discussed segregationist governors and class disparity, but here the Alabama-born songwriter comments on the violence inflicted on African American citizens over the last couple years. (from Rolling Stone magazine)

And for anyone who thought 2016’s American Band would be the most explicitly political record of the Drive-By Truckers career, the quintet has nine new songs that’ll likely convince you otherwise. In 2016, the longtime road warriors found new life with its election year treatise, which saw the band more revved up than they had been in more than a decade, delivering screeds about unsexy topics like the violent history of the confederate flag and the white supremacist roots of the NRA. (from Rolling Stone).

When the carnage was over you could hear the cellphones ringing
You could smell gunpowder in the air
And on the bloody ground the LEDs were blinking
Deliver us from evil, thoughts and prayers

It’s nice to see the tradition of rock protest songs continue on, and I wish the Drive-By Truckers the best of luck.

17 thoughts on “Music Monday: Music with a Message”