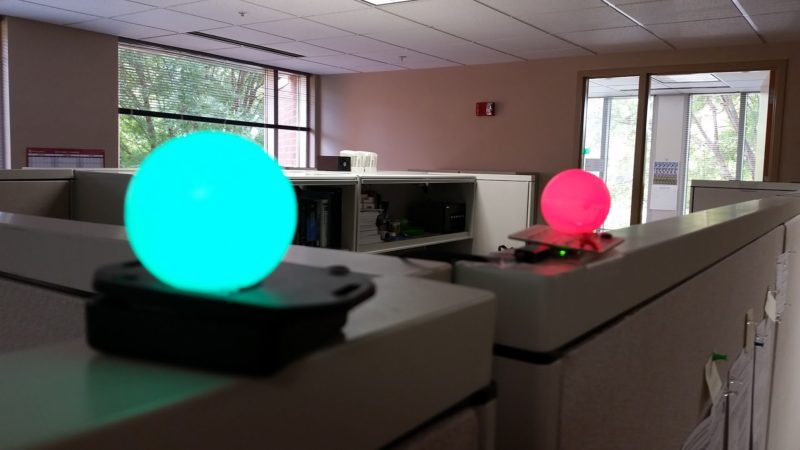 Maybe it’s because I don’t work in a traditional office environment, but I don’t think I could put Dan Pink’s latest idea into action.

In this week’s Pinkcast, Dan shares a low-tech way of preventing co-workers from interrupting you while you are busy.

First, I can’t imagine an office filled with all of these placemat traffic lights.

Second, despite Dan’s claim to the contrary, I think using one of these would make someone look like a complete jerk. I think most people can tell when someone is busy at work, and are likely to ignore that person. For those who do not pick up on such social cues, I think a simple hello and letting that person know you are busy right now would seem to create a more collegial environment. But using this placemat sends a signal that you can’t even be bothered with such niceties.

Third, the sign doesn’t really stop interruptions like those that Dan mentioned – texts, emails, slack messages. I realize he is only suggesting using the traffic light idea as a way to stop people interruptions, but if the real goal is to enable people to get into the flow of their work in order to be more productive, this traffic light placemat does not seem to fully address the issue.

So I give a thumbs down to this idea.

However, there is some evidence that the idea of a traffic light like device can be effective.

One example of this is FlowLight, which a digital solution. Here’s a video that offers a brief explanation of how it works:

This seems to address both digital interruptions by changing someone’s online status to a virtual do not disturb when the worker is busy, as well as triggering a red light to appear at the person’s work station so that passerby know not to interrupt.

In addition, since such a device seems like it would be a company-wide solution, everyone would be familiar with how it works and what the signals mean. This makes it more likely that people will adhere to what the signal is communicating.

Researchers found that FlowLight users reported fewer interruptions, as well as higher awareness about times when they shouldn’t interrupt colleagues. Some reported that the lights motivated them to get their work done faster. The system was also set up so that the red light could be lit no longer than a maximum period per day, to reduce potential feelings of guilt (“Why is my light is always green?”) or competitiveness (“How long can I keep my light red?”).

This approach seems much more viable than the traffic signal placemat.

The only issue I see is that when one red light goes on in a certain part of the office, it may motivate nearby workers to get busy as well. This may lead to multiple lights going on in that part of the office, essentially creating a red-light district.

And just like the one in Amsterdam, so many red lights may tempt some workers to check out what is going on, possibly defeating the whole purpose of FlowLight.