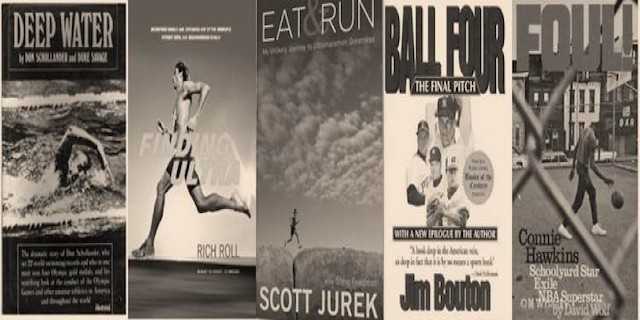 I started this blog on January 1, 2015 (here’s that first post), and haven’t missed a day since. The original intent was to see if I was up to the challenge of posting every day for 31 days.

However, jborden.com was not my first attempt at blogging.

That started way back in July, 2012. The site still exists, but it only has a total of five posts. I named the site Sportsographies, and the goal was to write reviews of all the great sports biographies, memoirs, and autobiographies that I have read, going back to when I was a teenager.

But I quickly found out that writing a good book review is hard, and required a skill I’m not sure I had. As a result, I was not posting as frequently as I had hoped.

So I decided to start another blog about a month later, focused on my obsession with the Wall Street Journal. I thought it would be helpful for me, and my students, to provide brief summaries of my favorite stories from the WSJ every day. The clever name I gave to the blog was thewsjblogger.com (here is the first post I created – surprisingly the links to the WSJ still work!).

I also used that blog to write about things other than just the WSJ, such as my favorite videos or commercials. It was an easy way to dip my feet into the world of daily blogging, but it did not require much original thought or creativity.

I maintained my daily WSJ updates on the blog for a year and then I decided it was time to stop. I kept the blog going for occasional posts, but such posts were afterthoughts.

But when I saw a 31-day write and run challenge from Matt and Christine Frazier, I thought it seemed like a good time to get back into blogging, but this time writing my own material. As noted above, that was back in January 2015, and while I may not be running anymore, I haven’t stopped writing.

Since I will likely be taking down the Sportographies web site, I plan to repost those five blogs here over the next few weeks. That way I’ll still have a record of my first attempt at blogging, and I’ll be able to share those posts with some new readers.

So my blogging journey has not been a smooth one; it’s had its starts and stops, but all those early attempts helped me get to where I’m at today.