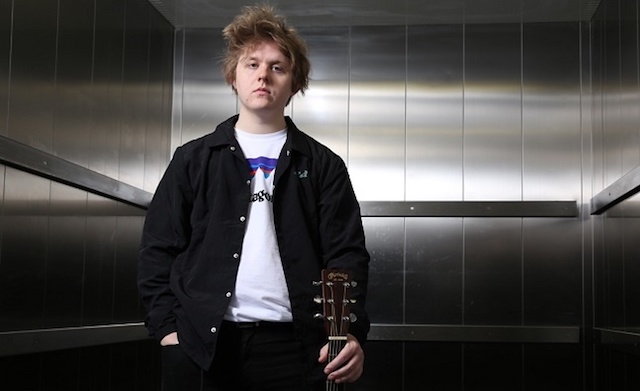 When I first started writing Music Mondays several months ago the original intent was to feature a new artist each week (well, at least new to me). The hope was that doing so would allow me to break out of my fixation on music from the 70s and discover some new artists I would enjoy listening to.

While I have discovered a couple of new artists, most notably The Avett Brothers, the weekly posts have strayed a bit from the original goal. So I thought I’d try to get back into discovering new artists by checking out the Billboard Top 50 listing of new artists.

After checking out several of the artists, the one who captured my attention the most was Lewis Capaldi. Here’s some background on Capaldi, courtesy of Wikipedia:

Lewis Capaldi (born 7 October 1996) is a Scottish singer-songwriter. Lewis learned to play drums and guitar when he was two, and began his musical career singing in pubs aged 9. He released his debut extended play recording Bloom EP on 20 October 2017.  Capaldi rose to prominence through uploading recordings of himself in his toilet, where he was discovered by manager Ryan Walter. He later released his first track “Bruises” on 31 March 2017. The song quickly amassed close to 28 million plays on Spotify worldwide, making him the fastest ever unsigned artist to reach 25 million plays on the platform. In late 2017, Capaldi was named as one of Vevo dscvr ‘Artists to Watch 2018’. Capaldi achieved mainstream successes throughout 2018, and in 2019, reached number one on the UK Singles Chart with his single “Someone You Loved”.

Here’s the video of Someone You Love:

I have to admit the first time I watched the video I didn’t really know what was going on. I then started reading some of the comments, where several people pointed out the meaning of the video. I then watched the video again, and it wasn’t long before I was in tears. The combination of Capaldi’s beautiful voice and knowing what the video was about was quite emotional.

You may want to watch the video first before I share the meaning below, to see if you can grasp the meaning of the story that is being told. You may want to have the audio turned up pretty loud so you can hear the sounds at the beginning and end of the video.

So here is the spoiler alert:

The music video for “Someone You Loved” was released on 8 February 2019, starring actor Peter Capaldi, who is a relative of Lewis Capaldi. The video was made in partnership with charity organisation Live Life Give Life in order to raise awareness for the issue of organ donation. It contains a powerful message of loss and hope, telling a story of a husband who is trying to cope with the death of his wife. She became the heart donor for the young mother of another family, saving her life. Eventually, the two families are brought together and the main character knows that his wife’s heart continues to live on.

Capaldi is also popular on social media with his humorous comments and videos.

The 22-year-old has amassed a remarkable 1.5 million followers on Instagram and a not-too-shabby 350,000 on Twitter after a series of posts went viral (check out the video below for a flavour – language alert!). I have to admit that was not what I was picturing as a “toilet brush”.

Currently, Lewis is No. 3 on the Billboard list for New Artists. I wish him continued success.