A little less than a year ago, I wrote a blog, “Why Don’t Houses Have Escalators“, and offered what I thought was a compelling argument as to why escalators are much better than an elevator in a house, and perhaps should become standard equipment, replacing the traditional staircase.

For some reason, it has been one of my more popular posts (now granted, popular is a relative term – there has been six views of the post today, 17 this past week, 65 this past month, and 280 views since it was posted on July 14 of last year.)

It seemed odd that an old post would be getting so many views, so then I decided to do a Google search on house elevators, and lo and behold, here is what I found: 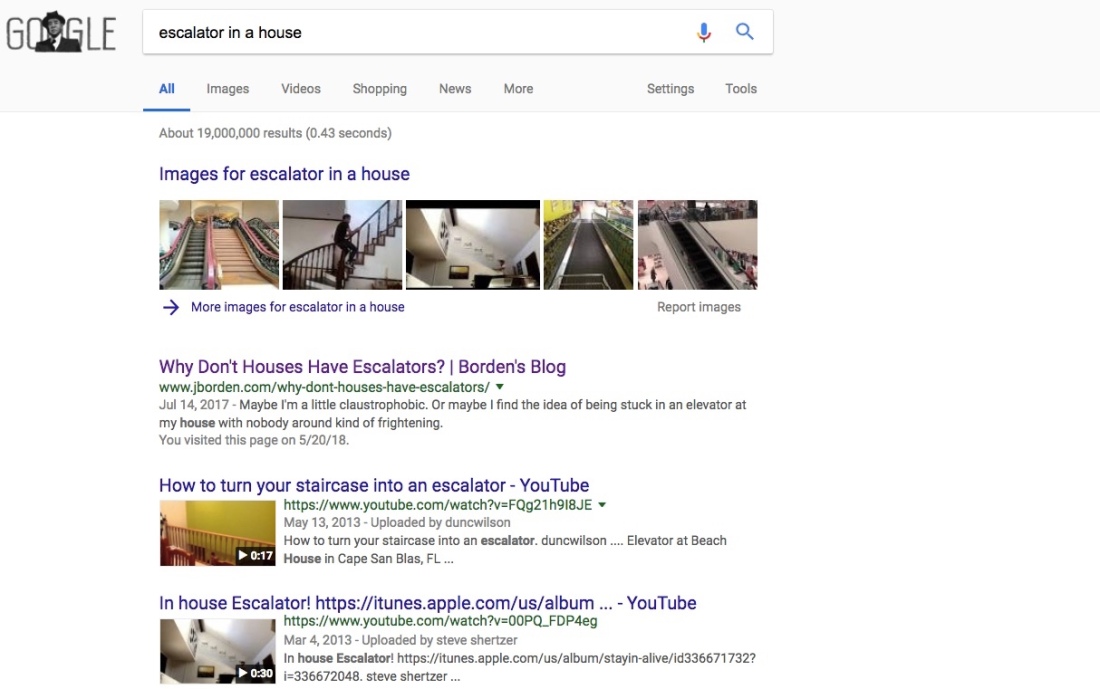 So I started doing some more research on house escalators, and I found that there are some listed for sale on Alibaba (the Amazon of China), such as this one:

So now I’m thinking I could probably make some serious cash by having ads for house escalators on my web site; I’m sure these companies would be impressed with my huge viewer base. I’m also thinking about becoming an affiliate for one of these escalator companies, so I can get a cut of every escalator that is sold through one of my affiliate links.

I’ll admit it took a little bit longer than I thought (1,241 straight days of blogging as of today), but it looks like I’ll soon be generating that seven figure income from my blog that was my plan all along.

I could also probably become the U.S. manufacturer’s rep for one of these Chinese escalator companies, but that would require me to do more than just write a blog, so I would probably pass.

Of course there’s always the chance (>99.99%) that none of this happens, and that I continue to write a daily blog that is ad and affiliate free, and remains popular with the three other people in the world who like house escalators.

2 thoughts on “I’m Kind of a Big Deal in the World of House Escalators, and There Could Be a HUGE Payoff”