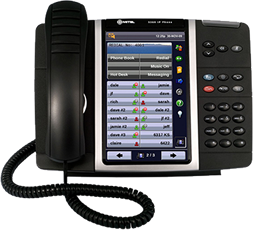 This is the 14th in a collection of newspaper ads written by Harry Gray, then CEO of United Technologies, that appeared in the Wall Street Journal from the late 1970s through the early 1980s. Here is the original ad.

Most of us will spend
two years of our lives
on the telephone.
They are not likely
to be the best two years.
Your phone rings.
You pick it up, say “hello”
and a gruff voice barks,
“who’s this?”
You place a call.
Someone on the other end
of the line answers,
“one moment please” –
and you sit there
three minutes before anything
else happens.
You try to call Jones.
His office asks,
“May I tell him who’s calling?”
before they’ll admit he’s in.
Another irritant:
“What is this in reference to?”
You might break that logjam
by saying it’s about
his wife’s gambling debts.
Maybe the all-time crusher,
is when you answer
your phone to be told
Mr. Smith is calling
and will be right with you.
Then you sit there,
seething,
for another three minutes
before Smith comes on>
The telephone is
one of life’s miracles.
With a little thoughtfulness,
we could make it
one of life’s blessings.
Worth trying, isn’t it?

Gray used this ad as a chance to vent his frustrations with the lack of telephone etiquette. He was not complaining about phones themselves, but more how people treated each other while on the phone.

It’s useful to recall that this ad was written around 1980, just about the time that voicemail systems were starting to be used. Since he doesn’t mention it at all, my guess is he had not had any experience with such systems, for he surely would have found something to complain about when confronted with voicemail.

And I can’t imagine what his reaction was when he experienced “Press 1 for sales, …” for the first time.

There have been all sorts of incredible developments in the field of communications technology, email, texting, videoconferencing to name a few.

I view my iPhone as a miracle; it is an amazing device that allows the user to do so many things besides just making a phone call.

But many people simply do not have good etiquette when it comes to using such tools.

We see people holding a conversation on their cell phone in the middle of a restaurant; texting while driving (or walking); taking inappropriate selfies (somewhat redundant phrase); robocalling and spamming; checking their phone constantly for email, messages and notifications; the list goes on and on.

But as Gray points out, with a little thoughtfulness, we could make such technologies one of life’s blessings.

Here is the original United Technologies ad that inspired this post.