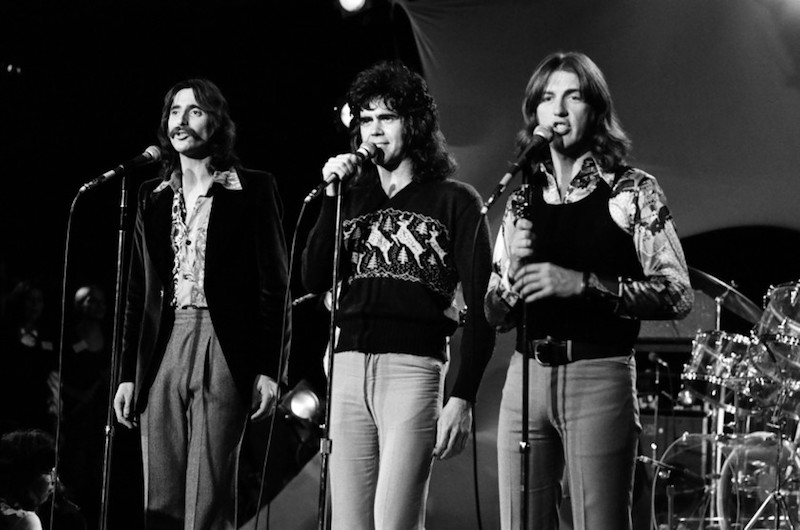 They were a staple of my youth, with so many great songs.

I have vague recollections from my 8th-grade graduation of our entire class (all 17 of us), singing Joy to the World, and thinking that life didn’t get any better than this.

But as I started reading about Three Dog Night as part of putting this post together, I realized there was a lot I did not know about the band.

Let’s start with the name.

The official commentary included in the CD set Celebrate: The Three Dog Night Story, 1964–1975 states that vocalist Danny Hutton’s girlfriend, actress June Fairchild suggested the name after reading a magazine article about indigenous Australians, in which it was explained that on cold nights they would customarily sleep in a hole in the ground while embracing a dingo, a native species of wild dog. On colder nights they would sleep with two dogs and if the night were freezing, it was a “three dog night”.

I would have never guessed.

The band was formed in 1967, with founding members consisting of vocalists Danny Hutton, Cory Wells, and Chuck Negron. This lineup was soon augmented by Jimmy Greenspoon (keyboards), Joe Schermie (bass), Michael Allsup (guitar), and Floyd Sneed (drums). The band had 21 Billboard Top 40 hits between 1969 and 1975, seven of which went gold, with three hitting number one.

The three US #1 songs each featured a different lead singer: “Mama Told Me Not to Come” (Cory Wells on lead); “Joy to the World” (Chuck Negron on lead); and “Black and White” (Danny Hutton on lead). Most of the songs recorded by Three Dog Night recorded were written by outside songwriters, including their three #1 songs.

The band broke up in 1976, but reunited in 1981. The band still performs, and currently consists of six members, with Hutton and Allsup still part of the lineup. Wells, Greenspoon, and Schermie have passed away, while Negron and Sneed left the band years ago. Amazingly, 30 people have been part of the band at one point.

Three Dog Night was one of the most successful bands in the United States during the late 1960s and early 1970s. Dunhill Records claimed that 40 million record albums were sold by the band during this time.

OK, enough background (courtesy of Wikipedia); let’s play some of their music. With so many great songs, it’s hard to narrow it down to just three of my favorites, but here goes. (If you’d like to see a listing of all of their albums and singles, you can click here).

The first song features the original band in concert:

The second song shows the band playing years later. But as you will see, they’ve still got it:

And finally, a song that seems relevant to our times.

This song was inspired by the United States Supreme Court decision of Brown v. Board of Education (1954), which outlawed racial segregation of public schools.

The original lyrics of the song opened with this verse, in reference to the court:

Their robes were black, their heads were white,
The schoolhouse doors were closed so tight,
Nine judges all set down their names,
To end the years and years of shame.

However, the version of the song covered by Three Dog Night, did not include this verse – making the song more universal, but also less historically specific. The song was written in 1954 by David I. Arkin and Earl Robinson, and first recorded by Pete Seeger in 1956, followed by Sammy Davis Jr. in 1957.

*image from the Los Angeles Times