Marketing Birds posted this clever ad from an anti-littering campaign that ran in London in 2015. Perhaps Marketing Birds tweeted it out last week since the World Cup was in full swing, and it was a nice reminder of how great the ad campaign was.

Here is the ad: 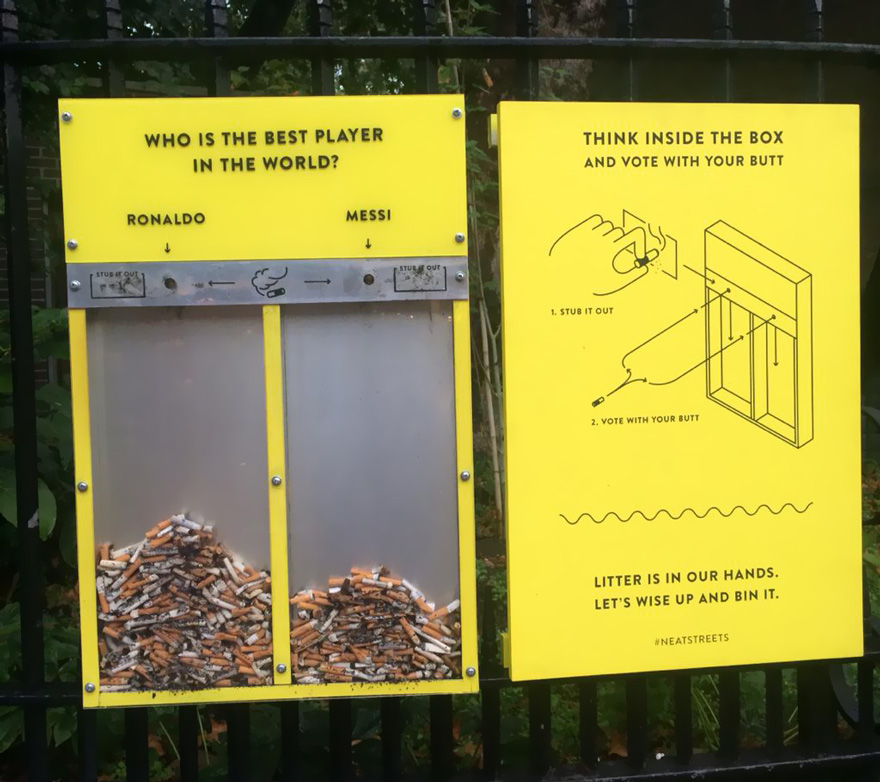 UK organization Hubbub, in collaboration with CommonWorks, came up with an exceptional solution to do their part on preserving the environment. They launched a campaign called “Neat Streets” in order to keep the streets of London clean. Hubbub appeals to the “playful” side of unscrupulous citizens aiming to divert them from polluting their environment.

It seems like such a great idea, and one that could be be used for many different purposes. Hubbub has used a similar approach when it was trying combat the careless discarding of chewing gum: 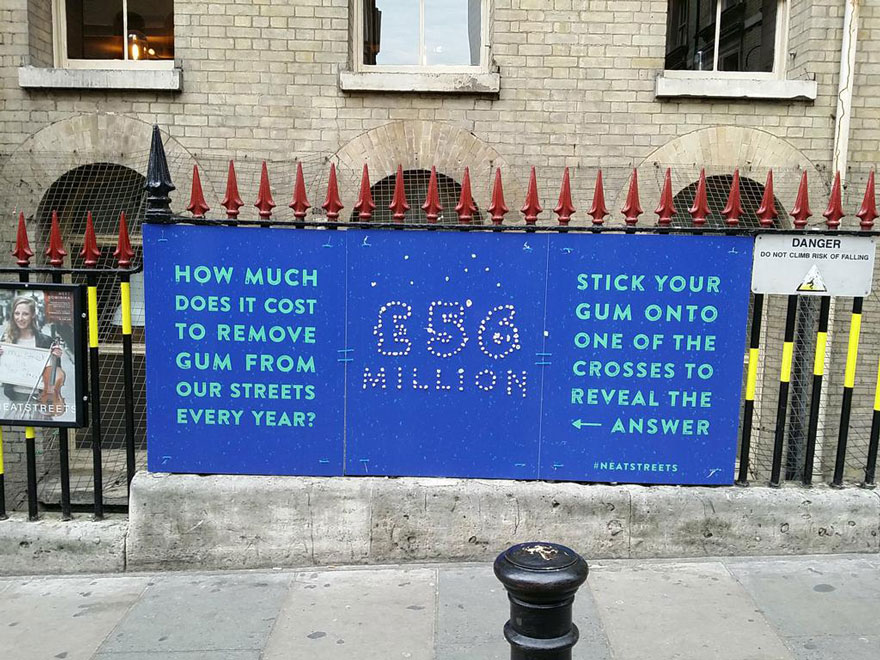 Obviously it is a biased sample you are choosing from, either cigarette smokers or gum chewers. But it seems like an environmentally friendly way to engage people in doing something good for the environment, while having some fun also.

And as far as the Ronaldo v. Messi debate, I have no idea. I do know that they are both out of the World Cup, thus making it even more unlikely that I will watch any of the World Cup matches this year.

Sp while it appears that Ronaldo is the best player, at least compared to Messi, based on the votes of environmentally aware cigarette smokers, it’s too bad this battle can’t be waged where it matters – the dollar amount of endorsements each player has.