It started at an early age.

My first memory was from going to Catholic School and having the Palmer Method of cursive handwriting drilled into me. The endless repetition of loops, lines, and letters enabled me to develop what I thought was a very stylish, easy to read signature.

The next memory I have is from around the age of 10. It was at that time that I started reading The Hardy Boys series of books, and over the next few years read every one available. My favorite was “The House on the Cliff”, and one small part of the story has always stuck with me, 45 plus years later. In the story, the Hardy Boys’ father goes missing, and a couple of days later a letter, allegedly from their father, arrives at their house. The boys’ mother is immediately suspicious because the signature at the end of the note is missing the secret sign that would indicate that the correspondence was really from him. And I thought that is so cool to think of something like that, using your signature to send a secret message.

The third memory I have is from a family vacation to Disneyland. This was the biggest vacation our family had ever gone on, and in anticipation of the trip I bought an Autograph book so that I could get signatures of the Disney characters, and any famous people we might run into in California. I remember getting signatures from among others, Mickey and Goofy, and for some reason, Ernest Borgnine, the star of the TV show, McHale’s Navy. I also recall that for some time afterwards, I would occasionally open the autograph book and study the various signatures. 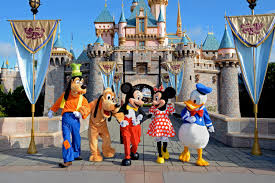 So collectively, these three memories likely made some impression on me about the importance of my signature. But as I was signing my name a multiple times today for a variety of reasons, it struck me that most people are in a hurry when it comes to writing their signature. That includes both the person who is creating the signature, and the person who is waiting for you to complete your signature, whether it is the cashier, or the person behind you in line.

I have always written my signature so that anyone could read it, even if it might take an extra couple of seconds do so so. The same thing certainly can’t be said for many other people. I’ve never gotten signatures that look like these:

Who can read those? Are you trying to hide something? Are you in a hurry and can’t afford the 5 seconds it would take to sign your name legibly?

I remember going into a local coffee shop recently that used iPads for its credit card transactions. When it was time to sign, I had to sign my name on the iPad itself, which was not that easy, and it came out looking pretty bad. Surprisingly though, the cashier was quite impressed and said that my signature was one of the best she had seen, that most people just swiped their finger across the surface of the iPad. How is that a signature? The guy behind me in line, apparently annoyed that I had taken too long, said something along the line that he couldn’t be bothered to take that much time to sign his name.

I’m fairly certain that I’m in the minority on this one, as I’ve often looked at people’s signatures, and most of the time I have no idea what they just wrote. And I think it’s just going to get worse. As many school districts remove cursive handwriting from its curriculum, I’m left to wonder how people will learn how to write their signature in a legible manner, and to me, that’s a shame.

I’ve always been proud of my name, and I’ve viewed my signature as a way to display that pride. And while I may be a dying breed, it’s good to know that there are a few others who may have thought the same way.

And here’s possible proof that poor handwriting could cost you a lot of money and fame:

The two Steve’s have perfectly good handwriting, but there’s no way I can read Ronald Wayne’s signature.

Is it just a coincidence that the two guys with the most legible handwriting became incredibly wealthy and well-known, while the guy whose handwriting is illegible became just an interesting footnote in the history of Apple? Hmmmm…..  something to ponder.

So the next time you need to do the John Hancock thing, do it with pride, and you too may some day be a contestant on Dancing with the Stars, like The Woz.