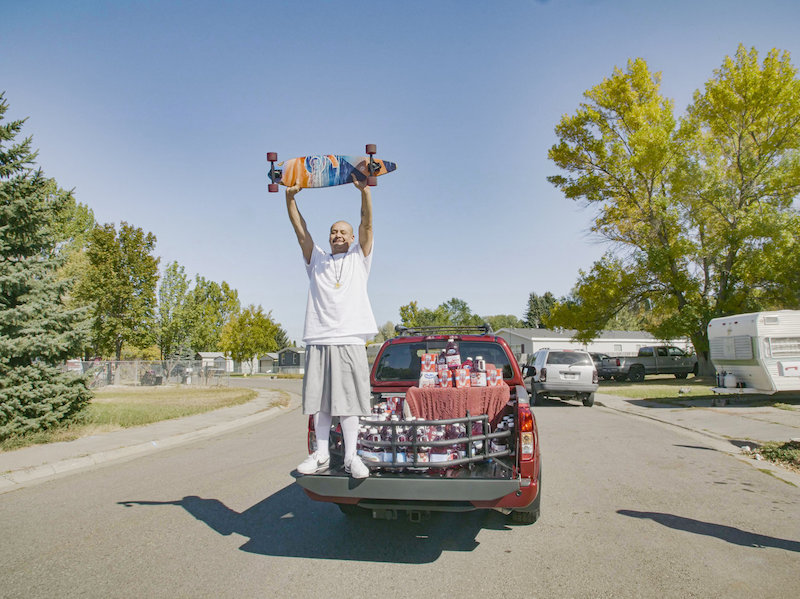 Nathan Apodaca’s truck had already logged some 320,000 miles. One morning last month, it couldn’t go a mile more. The truck broke down on a highway in Idaho Falls, Idaho, about 2 miles from the potato warehouse where Apodaca has worked for nearly two decades.

Luckily, he had a skateboard in his truck, along with a bottle of Ocean Spray’s Cran-Raspberry juice. So he grabbed his juice and his longboard and started heading to work. As Apodaca rolled down a hill listening to Dreams by Fleetwood Mac, he turned on his TikTok account, @420doggface208, and created a video that would become a viral sensation.

In its first hour on TikTok, the video gathered some 100,000 views. It now has more than 46 million views.

The video propelled the 1977 song back onto the charts, landing at number 29 on the Rolling Stones top 100 Songs list, with sales tripling and streams doubling.

There have also been over 100,000 tribute videos made including ones from the Governor of Idaho, Jimmy Fallon, and even the band’s drummer, Mick Fleetwood.

Ocean Spray bought him a new truck, shown up top, in the appropriate color of cranberry red. It was delivered to him packed full of jugs of the brand’s juice.

Fan donations have also have poured in. He will put them toward a down payment on a home. Right now, he’s living in an RV in Idaho Falls, where he doesn’t even have running water.

Apodaca still has his potato warehouse job. There is, however, something new in his life: a publicist. Unsure how enduring his moment in the TikTok limelight will be, he’s taking a couple of weeks off to see.

“Just a week or two,” he said. “But I told my boss I’ll be back probably sooner.”

I think what I’m most impressed by is that Apodaca can skateboard, drink some juice, and film himself all at the same time. I’m happy when I can walk down the street and have a conversation with someone.

And finally, this gives me an excuse to play the full video of Stevie Nicks and Fleetwood Mac performing Dreams. Not that I ever need such an excuse…