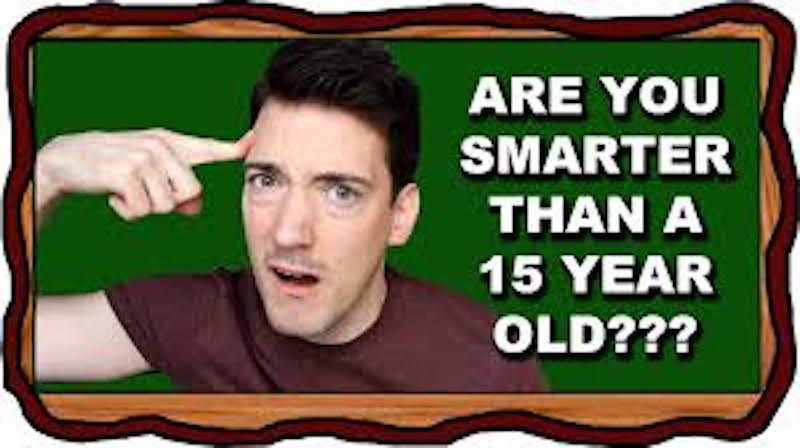 The Organisation for Economic Co-operation and Development (OECD ) Programme for International Student Assessment (PISA) examines what 15-year old students know in reading, mathematics, and science, and what they can do with what they know. It provides the most comprehensive and rigorous international assessment of student learning outcomes to date. Results from PISA indicate the quality and equity of learning outcomes attained around the world, and allow educators and policymakers to learn from the policies and practices applied in other countries.

Since I live in the United States, my focus will be on how well we did on the tests. Here were some key findings from the report (you can see the actual rankings at the end of this post):

If you’d like to take a look at the questions to see how you think you would fare compared to a 15-year old, here is the link.

Here’s a sample question from each category. You can click on the image to go to the actual question if you would like to interact with the questions. 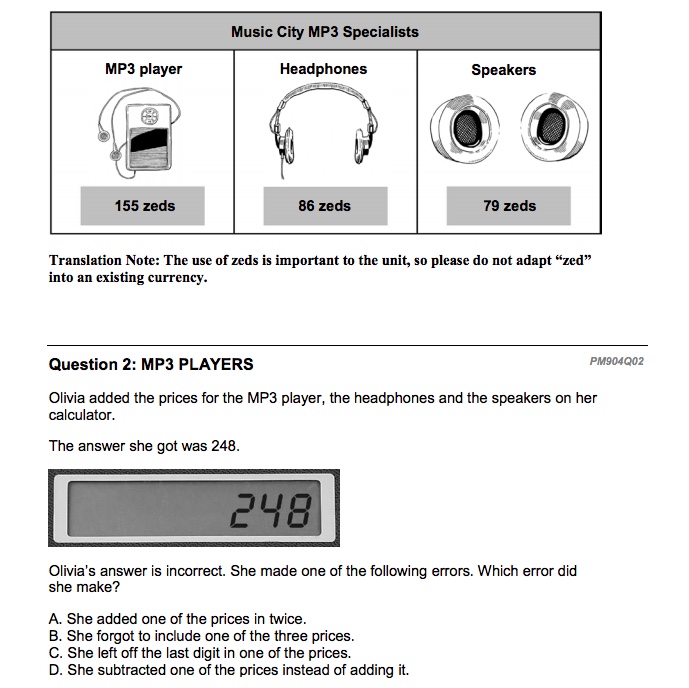 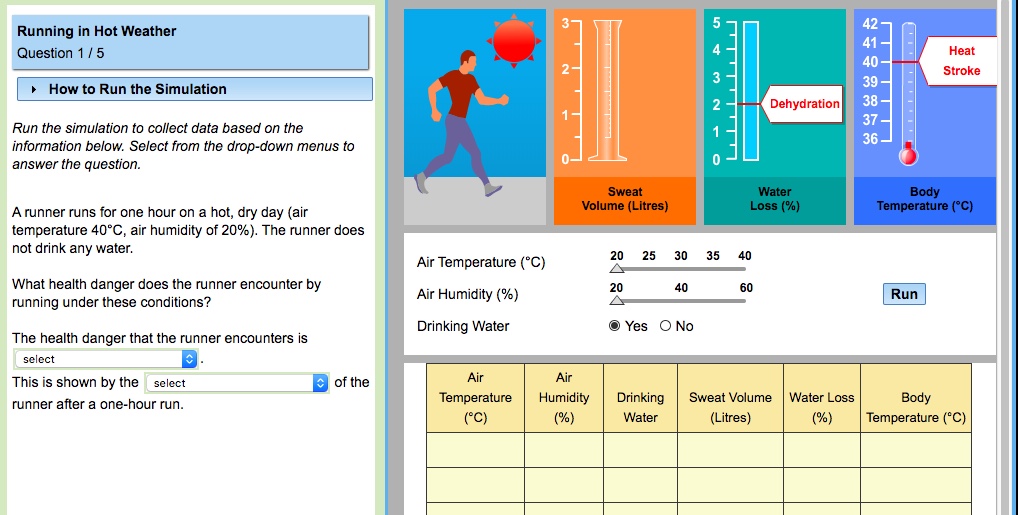 The OECD is trying to change the test to be about more than academics, in part to encourage countries to view education beyond traditional subjects. In the latest test, it assessed global competency, asking students to express how they relate to others and what they think of their lives and their future; in the next test, in 2021, it will assess creative thinking.

It also regularly asks students questions about their wellbeing, including measures of belonging and life satisfaction.

One chart I found interesting shows the top career choices for 15-year olds, by gender:

I would have never guessed that a career as a police officer would be rated so highly. I am happy to see that teachers are on both lists. It’s also interesting that a career in business is mentioned by boys, but not girls.

To me, the main takeaway from the study is that there is certainly room for improvement in the U.S. I think it would be worth an in-depth study of what the highest performing countries are doing, and then try to implement such methods in our classes.

The chart below shows the top-ranked countries in the world with respect to the reading portion of the PISA assessment: 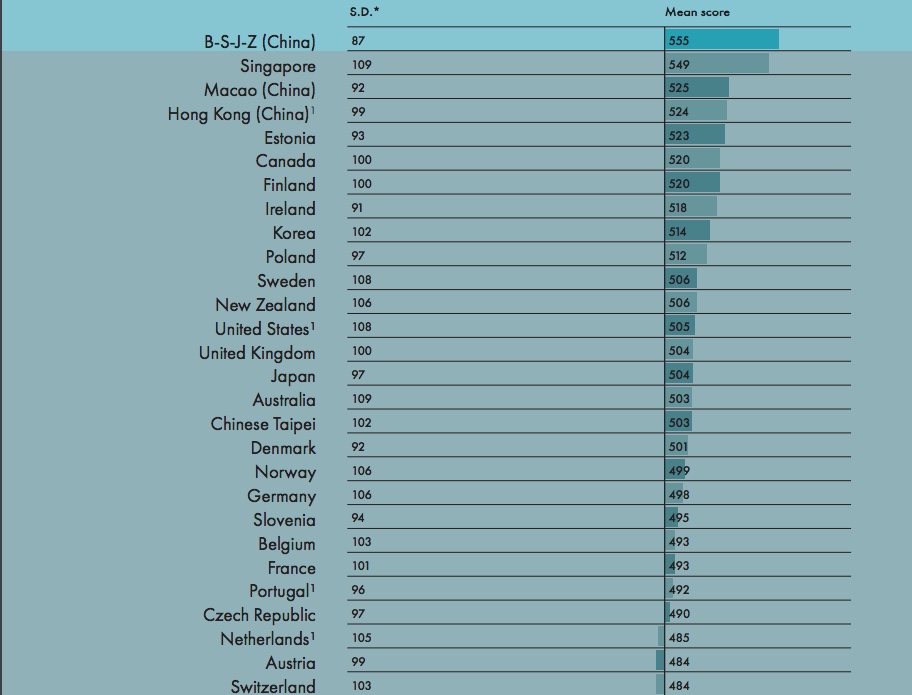 The chart below shows the top-ranked countries in the world with respect to the math portion of the PISA assessment: 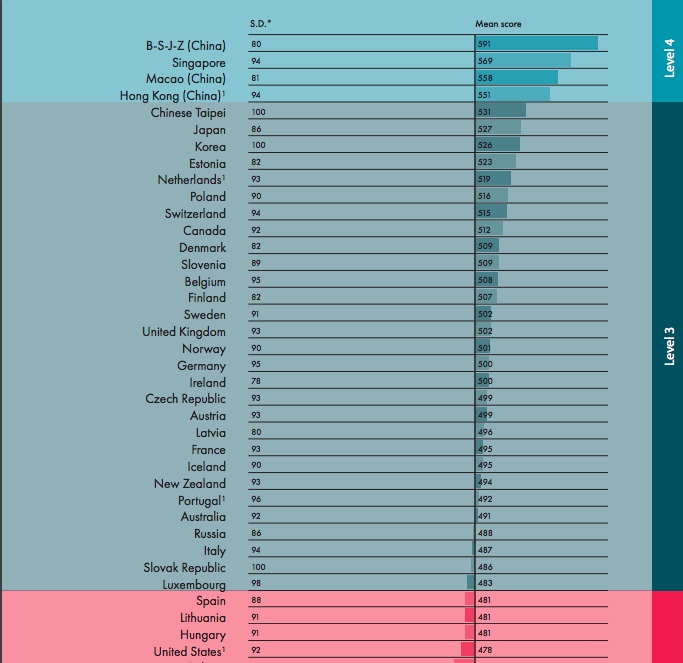 The chart below shows the top-ranked countries in the world with respect to the science portion of the PISA assessment: 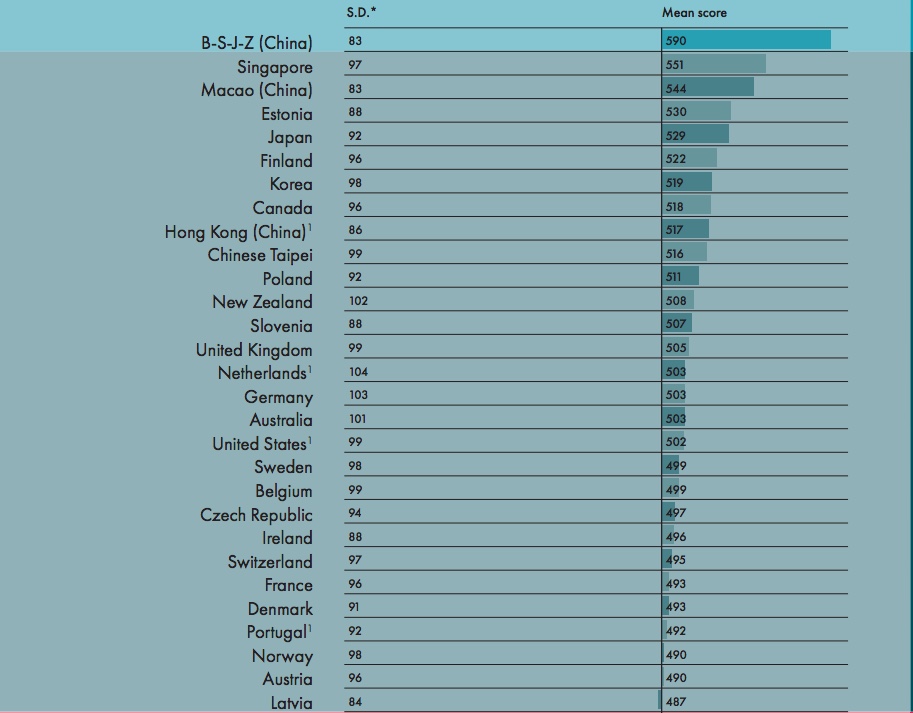 6 thoughts on “Are You Smarter Than a 15-Year Old? Depends What Country the 15-Year Old Is From”