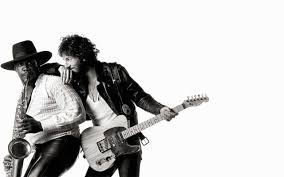 You’re a college student and a die-hard Bruce Springsteen fan. You bought a ticket for $150 two months ago to see him in an upcoming concert. The day of the show has finally arrived, but you have a big Accounting test the next day. If you go to the show, you will miss some valuable studying time. You decide to go because you don’t want to waste the $150 that you paid for the ticket.

It’s the end of the semester, and the same college student is desperate for cash. You bring your textbook to the bookstore to try and sell it for some cash. The book buyer looks at your Accounting book and offers you $65 for it. You get in an argument with the book buyer, yelling “But I paid $280 for  this book.” The book buyer calmly replies, “Well I can tell you didn’t learn much.”

A baseball coach on a local sports talk radio station gets a call from a fan asking the coach why he continues to play Mr. X in left field, when he is only batting .185. The manager responds “We paid him a $4 million signing bonus, we’ve got to get our money’s worth out of him.”

You’re out to dinner and you’re full after eating just half of your meal. But you keep eating because you don’t want the food to go to waste.

All of the above are examples of irrational decision-making, representative of what is known as the sunk cost fallacy.

In economics, sunk costs represents costs that have already been incurred and cannot be recovered. The amount you originally paid for something, e.g., a ticket, a textbook, or a left fielder, should not play any role in any rational future decision making about what you bought. All that should matter are the costs that you may incur in the future.

However, as you know, people do not always make rational decisions, particularly when money is involved.

The sunk cost fallacy explains the tendency of entrepreneurs to not abandon their failed startup because of the money they’ve invested into the business, and so they continue to pour money into a losing cause.

So what do we do about this; how can we avoid getting caught up in such a common trap as the sunk cost fallacy when making decisions?

First, there needs to be recognition of our tendency to think this way, which should help us to ignore sunk costs. Second, there needs to be a logical analysis on what is relevant to the decision; only costs that will be incurred in the future are relevant.

I’ve noticed a few people in the #writeandrun31 challenge apologizing to the group for having missed a workout, or not writing something the previous day. There’s no need for such an apology; those misses represent a sunk cost, and there’s nothing you can do about it.

I think understanding the sunk cost fallacy makes it easier for us to not get caught up in regret for past decisions and to just concentrate on moving forward and working to become the best person we can be.

For some further reading on sunk costs, here are a few brief but useful articles:

By the way, if you’ve read this far and thought “I just wasted 10 minutes of my day” – don’t worry, it’s a sunk cost.

2 thoughts on “The Sunk Cost Fallacy”